With the proliferation over the past several years of websites and blogs spotlighting anti-Israel media bias, it’s not surprising that some of the Monitor’s younger readers harbor the misimpression that the bias is only as old as the Internet age itself – that prior to, say, 1995 or 1996 Israel received favorable, or at least fair, press coverage.

The reality, of course, is that the anti-Israel bias we know so well has been around for some time now – at least 30 years, and a reasonable case can be made for closer to 40.

Starting shortly after the Six-Day War of 1967 – and intensifying through the Yom Kippur War, the election of Menachem Begin, the invasions of Lebanon in 1978 and 1982, the first intifada in 1987, the Rabin assassination in 1995, the second intifada in 2000, Israel’s anti-terror operations on the West Bank in 2002, the building of the security wall, the Second Lebanon War of 2006 and Operation Cast Lead earlier this year – coverage of Israel in the nation’s newspapers and on its TV screens has ranged from skeptical to skewed, with little wiggle room in between.

It wasn’t always this way, though with the passing of time it becomes increasingly difficult to recall just how drastically things have changed since 1967.

To say that Israel in the first two decades after its establishment had the sympathy and support of the mainstream American media would be to actually understate the case; the new country was constantly praised, fawned over and celebrated to an extent very nearly unimaginable from our present vantage point.

It was a time when lingering shock and guilt over the Holocaust tended to mute anti-Jewish sentiment, and when Israel’s decisive military victories contrasted so startlingly with the American stalemates or worse in Korea and Vietnam.

The golden age reached its zenith with the Six-Day War as editors, reporters and columnists unashamedly cheered on the Israel Defense Forces. Newspaper coverage was exuberantly pro-Israel, cover stories in Life, Look and the newsmagazines were ecstatic, and most reporters dispensed with even the slightest pretense at objectivity. The opinion shapers, from William F. Buckley on the right to Mary McGrory on the left, marched in lockstep on this one issue.

There were, to be sure, a few contrarian media voices, but they were barely heard above the loud swell of accolades for Israel.

But by the late 1960s, liberals were quickly losing faith in all the old verities and transferring their sympathies from their own country and its allies to any Third World country or movement claiming oppression at the hands of America or any nation identified with the West.

Increasingly, Israel came to be seen by many liberals as a bullying Western Goliath, the Arabs as an outmatched Third-World David.

This was all happening, it needs to be emphasized, while Israel was still firmly under the governance of the Labor party of Golda Meir and Yigal Allon and Yitzhak Rabin – the very figures who now inspire such nostalgic revisionism among those inclined to blame Menachem Begin or Ariel Sharon or Benjamin Netanyahu for Israel’s near pariah-like status in many parts of the world.

If Israel’s image was growing progressively worse under Labor, it nosedived with the election of Begin in 1977. Decades of vilification, mainly from fellow Israelis and prominent Jews abroad, had taken a toll on the reputation of the Likud leader.

Media regard for Israel sank even further with the invasion of Lebanon in the spring and summer of 1982, as American and European journalists openly compared Israelis to Nazis and parroted PLO casualty figures and related propaganda.

(For a detailed analysis of the coverage of the Lebanon War, see Zev Chafetz’s invaluable book Double Vision and Edward Alexander’s damning essay “NBC’s War in Lebanon: The Distorting Mirror,” which has been included in a number of anthologies including Alexander’s own collection, The Jewish Idea and Its Enemies.)

With Lebanon the floodgates were opened, and they haven’t closed since.

Just a partial list of prominent media personalities – news anchors, correspondents, columnists and television talking-heads – who at one time or another over the past three and a half decades have exhibited either a bias against Israel or one in favor of the Palestinians would include such prominent names as Mike Wallace, the late Peter Jennings, Seymour Hersh, the late Robert Novak, Georgie Anne Geyer, Anthony Lewis, Nicholas von Hoffman, Lou Dobbs, Deborah Sontag, Joshua Hammer, Roger Cohen, Eleanor Clift, the late John Chancellor, John McLaughlin, the late I.F. Stone, Christiane Amanpour, the late Mike Royko, and Helen Thomas. 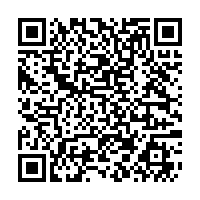