It’s no secret these days that the Obama administration leans left.

On every crucial issue, from dealing with al Qaeda and the threat of terrorism, to the environment, to health care, to the administration’s handling of our overseas adversaries, the president and his advisers have come down hard on the left side of the political divide.


This has been brought home, most recently, by the revelations about those surrounding the new president who, after some eleven months in the White House, no longer seems quite so new.

Former White House communications director Anita Dunn is only the most recent of President Obama’s associates to have her left-leaning sympathies put on display.

After leading the charge to demonize and isolate Fox News for its alleged failures to do “real news” (the network runs many opinion programs with a conservative slant and highlights conservative opinion on its straight news shows), Dunn resigned abruptly, shortly after a video clip surfaced showing her expressing admiration for, of all people, Chairman Mao, the late Chinese Communist dictator and widely acknowledged mass murderer.

What is this administration thinking of in its hiring practices and who are these people they keep bringing into the White House?

Although Dunn was expected to step down at year’s end anyway, her abrupt departure appears to have been an accelerated one. But, we’re assured by the administration, it had nothing to do with her recent missteps.

Still, it wasn’t Dunn’s doing alone if she is now falling on her sword. “I’m not known for going rogue,” she recently assured a broadcast network reporter when asked if the attacks on Fox News she spearheaded had been orchestrated at her level. As Dunn’s comment reminds us, Obama isn’t someone who takes direction from his subordinates or who lightly cedes authority – as his predecessor often seemed to do.

What you see in this administration seems to be what you get, and what we got with Obama is nothing less than a massive tilt to the left. In the wake of eight years of a tired Republican administration that ended with a fiscal crisis of historic proportions, American voters chose to repudiate the conservative approach once identified with the Reagan Revolution, handing government, whole hog, to the Democrats.

In part Republicans have mostly themselves to blame, having lost sight of the principles of small government and fiscal conservatism, with which they had once been identified, during their stint in power. But American voters must blame themselves, too.

Of course, not all Americans are unhappy with the sharp leftward turn. A solid minority of American voters are on the left side of the political spectrum, and that certainly is not reprehensible, since most on the left hold their views with at least as much sincerity as those on the right – or in the center.

Being on the left largely amounts to favoring bigger and more robust government because of a belief that it takes a government to solve big problems. Indeed, it’s a normal human response to turn to government. This has a long tradition in human history, from the time of the ancient Egyptians, to the Persians and the Romans and the Incas, right up to the Communist and fascist experiments of the twentieth century.

Today, big government mostly takes the form of the largely benevolent bureaucrat-heavy social welfare states of modern Europe – though today’s Persia (now called Iran) and other authoritarian regimes continue the darker side of the tradition.

But even if big governments are often well positioned to take care of their populations, there’s an unavoidable downside. Bigger government means ever-increasing government involvement in our lives, with the government telling us what we can and can’t do, as well as more government spending and, of course, higher taxes to support that spending.

Dependence on big government and the consequent loss of personal freedom and the resultant higher taxes (while all seeming rather abstract compared to the goodies delivered to our virtual doorsteps by government programs) also tend to sap individual initiative while dragging down economic activity.

And bigger government reduces government accountability as bureaucrats build their bailiwicks and fiefdoms on a foundation of public monies while insulating themselves from most outside scrutiny. As a result, bigger government tends to be both inefficient and costly. 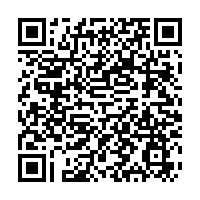