Joseph Farah the founder and editor of WorldNetDaily, is so solidly and unashamedly pro-Israel that he’s developed something approaching a cult following among pro-Israel Jews. (Yes, “pro-Israel Jews” – it has, unfortunately, become necessary to make that distinction.)

Many of Farah’s columns on the Middle East are e-mailed around the world to be read, downloaded, photocopied and faxed countless times over. A number of them have appeared over the years as Jewish Press op-ed articles.


Here’s Farah back in 2000, alerting readers to a sermon delivered by Dr. Ahmad Abu Halabita, a Gaza-based cleric and former acting rector of Islamic University (typically, the speech was all but ignored by the American media, with the usual exceptions like then-New York Post columnist Rod Dreher):

“If you think you get an accurate idea of what Arab leaders believe when you listen to Hannan Ashrawi interviewed on ‘Nightline’ or on CNN, think again,” wrote Farah, who then quoted extensive portions of Halabita’s tirade, some of which went as follows:

None of the Jews refrain from committing any possible evil…. O brother believers, the criminals, the terrorists, are the Jews, who have butchered our children, orphaned them, widowed our women and desecrated our holy places and sacred sites…. They are the ones who must be butchered and killed, as Allah the Almighty said: ‘Fight them; Allah will torture them at your hands, and will humiliate them, and will relieve the minds of the believers…. Have no mercy on the Jews, no matter where they are, in any country. Fight them, wherever you are. Wherever you meet them, kill them. Wherever you are, kill those Jews and those Americans who are like them and those who stand by them….

It was a column in October 2000, titled “Myths of the Middle East,” that really brought Farah to the Monitor’s attention. In it, Farah gave his readers the sort of history lesson they’d never get from Thomas Friedman or the Haaretz editorial board. It’s worth quoting extensively:

Isn’t it interesting that prior to the 1967 Arab-Israeli war, there was no serious movement for a Palestinian homeland? “Well, Farah,” you might say, “that was before the Israelis seized the West Bank and Old Jerusalem.” That’s true. In the Six-Day War, Israel captured Judea, Samaria and East Jerusalem. But they didn’t capture these territories from Yasir Arafat. They captured them from Jordan’s King Hussein. I can’t help but wonder why all those Palestinians suddenly discovered their national identity after Israel won the war.

The truth is that Palestine is no more real than Never-Never Land. The first time the name was used was in 70 A.D. when the Romans committed genocide against the Jews, smashed the Temple and declared the land of Israel would be no more. From then on, the Romans promised, it would be known as Palestine.

The name was derived from the Philistines, a Goliathian people conquered by the Jews centuries earlier…. Palestine has never existed – before or since – as an autonomous entity. It was ruled alternately by Rome, by Islamic and Christian crusaders, by the Ottoman Empire and, briefly, by the British after World War I…. There is no language known as Palestinian. There is no distinct Palestinian culture. There has never been a land known as Palestine governed by Palestinians. Palestinians are Arabs, indistinguishable from Jordanians (another recent invention), Syrians, Lebanese, Iraqis, etc.”

What about Islam’s holy sites? There are none in Jerusalem. Shocked? You should be. I don’t expect you will ever hear this brutal truth from anyone else in the international media. It’s just not politically correct.

I know what you’re going to say: “Farah, the Al Aqsa Mosque and the Dome of the Rock in Jerusalem represent Islam’s third most holy sites.” Not true. In fact, the Koran says nothing about Jerusalem. It mentions Mecca hundreds of times. It mentions Medina countless times. It never mentions Jerusalem. With good reason. There is no historical evidence to suggest Mohammed ever visited Jerusalem….

By the way, Farah happens to be an Arab-American who writes from an evangelical Christian perspective. What – you thought a Jew would write like that? 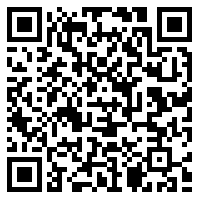