Home InDepth Monitor Obama, Jews And 2012
Share on Facebook
Tweet on Twitter
A Gallup poll released last week showed Barack Obama maintaining a strong level of Jewish support. The poll sparked yet another round of newspaper stories and web articles on whether the Republicans have any hope of even a respectable showing among Jews in the 2012 presidential election.
The answer should be drearily obvious, at least based on the historical record.
Democratic presidential candidates first began winning big among Jews in 1928, when New York governor Al Smith, a Roman Catholic of immigrant stock, rolled up 72 percent of the Jewish vote while losing the election to Herbert Hoover.
Jewish support for the Democratic presidential ticket solidified four years later when another New York governor, Franklin Roosevelt, won the votes of better than 8 in 10 American Jews. Roosevelt, whom Jews idolized more than any other politician before or since, went on to win 85 percent of the Jewish vote in 1936 and 90 percent in both 1940 and 1944.
Harry Truman was the next Democrat to benefit from Jewish party loyalty, though his share of the Jewish vote in 1948 slipped from Rooseveltian heights to a “mere” 75 percent, thanks to the third-party candidacy of Henry Wallace, whose left-wing campaign attracted those 15 percent of Jewish voters for whom Truman apparently was not liberal enough.
Whether either Roosevelt or Truman was deserving of such Jewish support is a question most Jews were reluctant to ask until relatively recently. As the late Sidney Zion wrote years ago, Roosevelt “refused to lift a finger to save [Jews] from Auschwitz…. Then, in 1948, the Jews helped elect Harry Truman, who recognized Israel but immediately embargoed arms to the Jewish state while knowing that the British had fully armed the Arabs.”
The Republican share of the Jewish vote – roughly 10 percent in 1940, 1944 and 1948 – improved significantly in the 1950s as Dwight Eisenhower won the support of 36 percent of Jews in 1952 and 40 percent in 1956.
It wasn’t until nearly a quarter-century later that a Republican presidential candidate would come anywhere close to matching Ike’s 1956 success with Jewish voters.
The 1980 presidential election offered a clear choice between a Republican candidate – former California governor Ronald Reagan – who was unambiguous in his support of Israel and a Democrat – the incumbent president, Jimmy Carter – whose record on Israel was problematic, to say the least.
For many Jews who ordinarily voted Democratic, it was Carter’s dismal overall performance as president – as opposed to his perceived tilt against Israel – that made the decision to vote for Reagan a little easier. On Election Day Carter was repudiated by better than half the American Jewish electorate, garnering a mere 45 percent of their votes. Thirty-nine percent of the Jewish vote went to Reagan, with third-party candidate John Anderson polling better than 14 percent among Jews who were sick of Carter but could not take the step of voting for a Republican.
Jews would flock home to the Democratic Party in 1984, preferring the Democratic candidate, Walter Mondale, to President Reagan by a 69 percent to 31 percent margin. (Some voter surveys put Reagan’s support among Jews in 1984 at closer to 34 percent.)
The ’84 election was a strong indication that a Republican presidential candidate, whether incumbent or challenger and no matter how strong his record on Israel, will always lose among Jewish voters when the alternative is a liberal Democrat without any pronounced or well-known hostility to Israel.
The Jewish vote has, if anything, become more strongly Democratic in presidential elections since the Reagan era. While George H.W. Bush managed to win 27 percent of the Jewish vote in 1988, his aloof attitude toward Israel coupled with his uninspiring performance in office sent his support among Jews plummeting four years later, when he won just 15 percent of their votes.
Bob Dole in 1996 (16 percent) and George W. Bush in 2000 and 2004 (19 and 24 percent, respectively) did only incrementally better among Jews.

By 2008, when Barack Obama held John McCain to barely more than 20 percent of the Jewish vote, it was obvious that American Jews were as squarely in the Democratic camp as they’d ever been. Unless Obama replaces Joe Biden with the Rev. Jeremiah Wright as his running mate next year, it’s difficult to see that political fact of life changing in any appreciable sense. 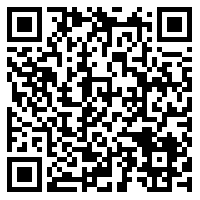