Home InDepth Columns A Homecoming For A Lost Tribe Of Israel
Share on Facebook
Tweet on Twitter
In the farthest reaches of northeastern India, a long-lost community is about to fulfill its age-old dream of returning to its ancient homeland, the land of Israel.
The Bnei Menashe, or “sons of Manasseh,” are descendants of one of the 10 lost tribes of Israel, exiled by the Assyrian empire more than 27 centuries ago. The community – which numbers some 7,232 – resides primarily in the Indian states of Mizoram and Manipur, along the border with Burma and Bangladesh.
Despite generations of wandering, the Bnei Menashe never forgot who they were, where they had come from, or where they aspired to return.
Three times a day, every day, they turn in silent prayer toward Jerusalem, pleading with the Creator to put an end to their long exile and bring them home to Zion.
That dream is now poised, at last, to become a reality.
In late June, an extraordinary meeting of Israel’s Ministerial Committee on Immigration and Absorption took place in the Prime Minister’s Office in Jerusalem. At the top of the agenda was the issue of the Bnei Menashe.
As chairman of Shavei Israel, an organization that has been assisting the community for over a decade, I had lobbied intensively for much of the past year for the committee to address the issue.
Testifying before the assembled ministers, I spoke of the 1,700 Bnei Menashe who have already made aliyah, and their success in integrating into Israeli society.
Approximately 96 percent of Bnei Menashe immigrants to Israel are employed, supporting themselves and their families and contributing to the state and its economy. A mere 4 percent – less than half the national average – are reliant on social welfare to make ends meet.
Nearly all young Bnei Menashe men are drafted into the army, with a majority serving in combat units. And a growing number of Bnei Menashe youth are pursuing higher education at Israeli colleges and universities in fields ranging from computer science to social work. Several have also received rabbinical ordination after years of study in yeshiva.
Rest assured, I told the ministers, the Bnei Menashe are our lost brethren. In March 2005, Sephardic Chief Rabbi Shlomo Amar recognized them as “descendants of Israel,” and said they should be brought to the Jewish state.
He also ruled that because they were cut off from their people for millennia, the Bnei Menashe are required to undergo conversion to remove any doubt about their personal status.
Put simply, I said, the Bnei Menashe are a blessing to the Jewish people and to the State of Israel, and they strengthen us no less than we do them.
So I turned to the members of the committee and made a simple yet forceful plea: It is time for Israel to let the remaining Bnei Menashe come home.
And then a miracle took place. After deliberating the matter, the ministerial committee, headed by Foreign Minister Avigdor Lieberman, formally decided to draft a government resolution and bring it to the cabinet over the summer.
The resolution will permit all the remaining Bnei Menashe in India to make aliyah, and will finally bring an end to their years of waiting.
This means there will soon be a historic turning point, one that will restore these 7,232 precious souls to the Jewish people.
The Bnei Menashe are part of the extended Jewish family. They are committed Zionists who observe the Torah and its commandments, and who are reaching out across the centuries to reconnect with our people. We need to extend a welcoming hand back, and bring them to Jerusalem.
As I listened to the committee approve its decision, I truly felt as if I was standing on the banks of the Red Sea, watching the waters begin to part.
Soon enough, I am sure, the Bnei Menashe will cross the sea, reuniting with the Land and people of Israel after a remarkable journey.

Just as the prophets foretold, Manasseh’s children are at last coming home. Let’s welcome them with open arms.

Michael Freund is a former adviser to Prime Minister Benjamin Netanyahu. He is the founder and chairman of Shavei Israel (www.shavei.org), a Jerusalem-based organization which assists the Bnei Menashe and other “lost Jews” to return to the Jewish people. 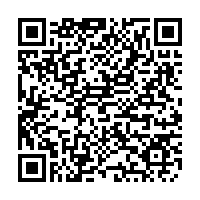