He’s the columnist who complained that “Hitler died in 1945, but anti-Hitler hysteria is still going strong”; cautioned against “the excessive moral prestige Jews have in the media and the public square”; whined about “Jews deciding the standards, setting the criteria of humanity”; and observed, in chilling if artful prose, that because Jews “set themselves up as the arbiter, there is, if you’ll pardon the expression, a certain ‘kill the umpire’ impulse.”

He’s the writer who decried, in a column following the release of “Schindler’s List,” what he called “all this Holocaust-harping” and characterized Nazi genocide as basically a German overreaction to the crimes of “Jewish-led communist movements.”


And he’s the commentator who warned that “History is replete with the lesson that a country in which the Jews get the upper hand is in danger. Such was the experience of Europe during Jewish-led Communist revolutions in Russia, Hungary, Romania and Germany.”

No, he’s not Patrick Buchanan, he’s Buchanan’s ideological soulmate, Joseph Sobran, a talented writer who in the mid-1980’s descended into the fever swamp of anti-Semitic polemics and hasn’t emerged since.

Though Sobran’s work is now mainly relegated to the Internet, he’s had a remarkably mainstream career, not only as a syndicated columnist but as a regular commentator, from 1979 to 1991, on the CBS radio network’s “Spectrum” series and as a senior editor at National Review for nearly two decades.

Sobran’s relentlessly negative focus on Jews and Israel led former National Review editor William F. Buckley, in the magazine’s July 4, 1986 issue, to publish an editorial distancing himself from his employee and acknowledging that “any person” who’d read a recent series of Sobran’s newspaper columns “might reasonably conclude that those columns were written by a writer inclined to anti-Semitism.” (Sobran inexplicably managed to retain his title of senior editor at the magazine until 1990 when Buckley finally asked him to step down.)

Sobran was invited to address the Holocaust revisionist Institute for Historical Review in 2002. Among the lowlights of his speech: “Why on earth is it ‘anti-Jewish’ to conclude from the evidence that the standard numbers of Jews murdered are inaccurate, or that the Hitler regime, bad as it was in many ways, was not, in fact, intent on racial extermination?…. I lack the scholarly competence to be [a Holocaust denier]. I don’t read German, so I can’t assess the documentary evidence; I don’t know chemistry, so I can’t discuss Zyklon-B…. Of course, those who affirm the Holocaust need know nothing about the German language, chemistry, and other pertinent subjects; they need only repeat what they have been told by the authorities … the Holocaust has become a device for exempting Jews from normal human obligations. It has authorized them to bully and blackmail, to extort and oppress….”

Sobran becomes annoyed no end whenever anyone dares mention the historical role of the Catholic Church in the persecution of Jews. His reaction to Pope John Paul II’s conciliatory remarks on his visit to Israel in 2000 was to ask, “Where is the corresponding statement of Jewish leaders repudiating and repenting the Jewish role in a cause whose crimes dwarf those of Hitler? Did major Jewish spokesmen or organizations condemn Communism as it devoured tens of millions of Christians?… Even today, how many Jews condemn Franklin Roosevelt for his fondness for Stalin, as they would condemn him if he had shown the slightest partiality toward Hitler?”

It should go without saying that a fantasist of Sobran’s ilk views Israel in much the same negative light as he does “major Jewish spokesmen” and what he’s termed the “anti-Christian” Jewish establishment.

“Israel,” Sobran has written, “exemplifies most of the ‘anti-Semitic stereotypes’ of yore: it is exclusivist, belligerent, parasitic, amoral and underhanded. It feels no obligation to non-Jews, even those who have befriended it.”

And, in a column in which he condemned the “relentless pro-Israel propaganda” of non-Jews like Jeane Kirkpatrick and George Will, Sobran complained that it was due to the enormous power of the American Jewish establishment that “Israel’s journalistic partisans include so many gentiles – lapsed goyim, you might say.”

Should it come as a surprise that Pat Buchanan has called Sobran “perhaps the finest columnist of our generation”? 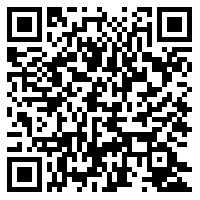