The previous installment of Glimpses into American Jewish History (Jewish Press, Feb. 3) dealt with the life of Mordechai Manuel Noah (1785-1851). Noah, a man with an unbelievable breadth of interests and activities, was, for many years, considered theleader of the New York Jewish community.

If the activities of Noah described in Part 11 were all that there was to his life, he “would have rated a footnote as a versatile and energetic figure in early nineteenth century America, but definitely of minor dimensions. Noah’s claim to fame rests neither upon his varied occupations nor his several avocations, but upon another aspect of his life. Noah possessed one more interest, remote and impractical enough to stamp him as an eccentric for well nigh one hundred years – a life-long preoccupation with the destiny of the Jewish people, and a growing conviction that the Christian world, no less than the Jews themselves, were obligated to facilitate the return of the Jews to an independent national existence in Palestine.”1

“As early as 1818 he predicted in an address that the Turkish government would soon fall and that the Jews would ‘recover their ancient rights and dominions’ and would possess themselves of Syria (which at that time encompassed the land of Israel).”2

“On January 16, 1820, Noah laid before the New York legislature a petition requesting that it survey, value, and sell him Grand Island in the Niagara River (located opposite Buffalo) to serve as a colony for the Jews of the world.”3

Nothing came of this, however, since Britain claimed ownership of Grand Island and demanded its return. The resolution of this diplomatic wrangle was left to a boundary commission, and in 1822 Grand Island was awarded to New York State.

In 1824 the state legislature decided to survey and sell Grand Island. Noah then found financial backing, and, in 1825, he and his backers managed to purchase 2,555 choice acres on the eastern shore of the island. Having secured the land for a homeland for Jews, Noah then issued his Proclamation to the Jews. “It announced the foundation of a city of refuge ‘to be called Ararat,’ proclaimed the reestablishment of the government of the Jewish Nation ‘under the auspices and protection of the constitution and laws of the United States of America,’ and declared Noah, ‘Judge of Israel.'”4

The establishment of Ararat was to be the precursor to a Jewish state in Palestine. “How would a Jewish state in America aid in the ultimate establishment of a Jewish state in Palestine? Noah reasoned that the Jews, if they were to return to Palestine from their homes in the dispersion, would unfortunately bring with them the prejudices of every country. If they came to Palestine from a Jewish state in America, however, things would be different. (He stated,) ‘It is in this country that the government of the Jews [in Palestine] must be organized. Here under the influence of perfect freedom they may study laws – cultivate their mind, acquire liberal principles as to men and measures and qualify themselves to direct the energies of a just and honorable government in the land of the Patriarchs.'”5

As pointed out in Part 11 of this series, Mordechai Manuel Noah was a playwright of considerable repute. He therefore was not at all unfamiliar with staging a grand ceremony. He certainly did this to mark the inauguration of Ararat on September 15, 1825 (the Fast of Gedaliah). Originally the event was to take place on Grand Island, but it was discovered that there were not enough ships available to transport all the participants to the island. The ceremony had to be shifted to Buffalo and held in, of all places, St. Paul’s Episcopal Church. This edifice was the only one in Buffalo with a hall large enough to accommodate the expected crowd of participants.

Noah’s announcement of the founding of Ararat was done with great pomp and splendor. “At daybreak of September 15, 1825, the inhabitants of the frontier village of Buffalo were startled out of their slumber by a loud detonation booming from the front of the Court House and reverberating across the Lake. Canon, in many-mouthed celebration, were to roar before that historic day was done. Today, in the fiftieth year of American independence, was to be founded a republic within the republic – a haven of religious freedom within the haven of political liberty. A new, if self-appointed, redeemer had arisen in Zion.”6

A huge spectacle of pageantry began at 11 o’clock with a parade led by Grand Marshall Colonel Potter on a prancing steed. He was followed by a band, “the tramp of soldiery, of national, state and municipal officers, stewards, apprentices, and representatives of their associated crafts, master masons, senior and junior deacons, masters and past-masters of Lodges, members of the reverend clergy, more stewards bearing the symbolic corn, wine and oil, and a principal architect, with square, level and plumb, flanked on either side by a Globe, and backed by a Bible.”7

The architect was followed by Mordechai Manuel Noah, governor and judge of Israel, resplendent in black, wearing judicial robes of crimson silk, trimmed with ermine, with a richly embossed golden medal suspended from his neck. “It was a striking rig-out, and he himself, with a practiced theatrical eye, has designed it.”8

When this amazing procession reached the church door, the troops opened to the right and left, and the participants entered the aisles while the band played the Grand March from Judas Maccabeus. On the communion table lay the cornerstone for the city, designed, of course, by Noah. The inscription contained the words of Shema in Hebrew followed by “Ararat, A City of Refuge for the Jews, Founded by Mordechai Manuel Noah, in the month of Tizri 5586, Sept. 1845 & in the 50th year of American Independence.9. Silver cups with wine, com, oil lay on the stone.

A morning service conducted by Rev. Addison Searle of the Episcopal Church then followed. Hymns were sung and selections from the Bible were read. One Psalm was read in Hebrew. At the conclusion of this “non-denominational” service, “Judge” Noah delivered his Proclamation to the Jews. It called for the establishment of Ararat, appointed a number of well-known personalities from various countries to official positions, levied a tax on all Jews throughout the world, and a plethora of other edicts dealing with the Jewish people. Ararat had, at least in theory, been launched!

What was the net result of all of these theatrics? In truth, nothing. Noah had written about his proposal to many prominent personalities throughout the world, but he did not wait for their responses before proceeding with the ceremony in Buffalo. If he had, he might never have held his spectacle. To put it mildly, his proposal of a Jewish asylum in America was supported by virtually none of the people he had counted upon to make it a reality.

Thus, the Ararat project ended in failure, its only visible remaining aspect being the cornerstone. Nonetheless, Noah continued to advocate the establishment of a Jewish state in Palestine until the end of his life. History was to prove that he was not wrong, just too far ahead of his time.

Dr. Yitzchok Levine, a frequent contributor to The Jewish Press, is a professor in the department of Mathematical Sciences at Stevens Institute of Technology, Hoboken, New Jersey. “Glimpses Into American Jewish History” appears the first week of each month. Dr. Levine can be contacted at llevine@stevens.edu. 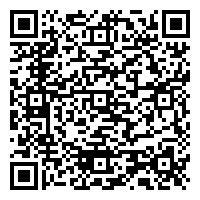