Sarah Palin sure makes it hard for those who care about Israel to dismiss her out of hand. On her brief visit to Israel last week she said the kinds of things one expects to hear from passionate Israel activists at meetings and rallies, not from politicians – even those with stellar pro-Israel credentials – concerned with appearing wise and judicious and nuanced and even-handed.
In short, Palin doesn’t even make an effort to temper her infectious enthusiasm for Israel with the tiresome sort of political and diplomatic double-speak we’ve come to expect even from widely acknowledged friends of Israel like George W. Bush, let alone from timorous Jewish organizational leaders who get a bad case of the vapors whenever someone like Pastor John Hagee or the late Rev. Jerry Falwell – or Palin, for that matter – champions Israel from a biblical perspective.
Palin’s most quoted remark in Jerusalem was the question she put to MK Danny Danon – “Why do you [Israel] keep apologizing all the time?” Those eight words sum up Palin – her character, her personality, the reason people either love her or hate her – better than the thousands of articles, political discussions and books she’s inspired in the 32 months since John McCain ushered her onto the international stage.
Apologizing and the traits (hesitation, timidity, self-doubt) that usually inspire and accompany the act are utterly foreign to Palin’s nature – a fact that other times and under different circumstances might raise concerns about self-righteousness and intractability but that after 27 months of Barack Obama’s unnerving passivity comes across as a desperately needed tonic.
Appearing on Fox News’s “On the Record” with Greta Van Susteren shortly after her return to the U.S., Palin called her visit to Israel “a trip of a lifetime for Todd and for me,” explaining that “I have such a love for Israel that it was wonderful to be there to have the opportunity to hear firsthand from the prime minister, to hear firsthand from Netanyahu and his family, what their concerns are, what their threats are, and how they want to know – they want to know that America is on their side.”
Palin criticized the Obama administration for pressuring Israel to freeze building construction for, as she put it, “the Jews in their homeland” and said she “would have taken an opposite approach.” She described Israel as having made “concession after concession” while “facing threat after threat.”
A somewhat skeptical Van Susteren asked Palin how the U.S. could be more supportive of Israel than it already is, noting that “historically, the United States has stood side by side with Israel.”
Palin responded that “We need to be even stronger in our commitment to help secure Israel and to help in this peace process and not tell Israel that ‘The land that is yours, you cannot build on, you have to concede even more to the Palestinians’ . Why aren’t we putting our foot down with the other side and telling the Palestinians, ‘If you’re serious about peace, quit the shellacking and the shelling, quit the bombing of innocent Israelis.’ Look at the young Israeli family that was slaughtered in their house a week or two ago. Look at today, the bombing of those innocents at a bus station in Jerusalem. No! We need to be strong and. “
At that point Van Susteren interrupted and asked, “So you take the harder line? You take the. “
Now it was Palin who cut off Van Susteren. “I would take the harder line. Otherwise, Greta, we’re just going to continue down the same path . For peace, for stability, we do need to take a harder line.”
So, does the Monitor stand by its March 11 assessment that Palin is unqualified to be president? Unfortunately, yes. And it really is unfortunate, because on a visceral level the Monitor appreciates Palin’s unabashed support of Israel – and of course nothing would poleax the arrogant liberal media quite like a Palin victory over Obama in the 2012 presidential election.

But when conservatives as diverse as Peggy Noonan and David Frum and Charles Krauthammer and George Will and Kathleen Parker – just part of a list that keeps getting longer – agree that Palin isn’t presidential material and that she would almost certainly lose to Obama in a landslide, it’s as good an indication as any that the GOP needs to look elsewhere for a candidate who can send Obama back to Chicago. 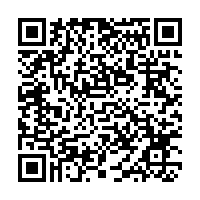