The Monitor lately has been on the receiving end of a number of e-mails that either contain or link to a hit piece on Jonathan Pollard by investigative reporter Seymour Hersh that appeared nearly nine years ago in The New Yorker (Jan. 18, 1999 issue). While the article is not accessible on The New Yorker’s website (the archives section of which is almost non-existent), it’s easily found on the Internet.

The Monitor examined Hersh’s story when it was first published and came away severely unimpressed. Here’s how the critique looked back then:


One can agree or disagree with the proposition that Jonathan Pollard ought to serve out his life sentence for spying on behalf of Israel, but alarm bells should go off – on both sides of the argument – when someone like Seymour Hersh slithers out from under his rock to take up the cudgels for the anti-Pollard position.

In his lengthy New Yorker article, titled “The Traitor,” Hersh recycled several allegations first aired in his 1991 book The Samson Option: Israel’s Nuclear Arsenal and American Foreign Policy, the most serious of which is that an unknown quantity of the most highly-classified data stolen by Pollard ended up in Soviet hands.

The Samson Option was widely panned for its unsubstantiated charges and unseemly reliance on questionable sources. Hersh’s prime informant for the book’s most sensational claims was one Arie Ben-Menashe, an individual whom The Jerusalem Post labeled “a notorious, chronic liar” and whom journalist Steven Emerson described as “an abject liar” – and who indeed failed a lie-detector test administered by ABC News.

Another source for The Samson Option, a character named Joe Flynn, admitted that he’d deceived Hersh in exchange for money. According to the Near East Report, “After Flynn was exposed, Hersh said he regretted not checking his facts more carefully.”

Hersh first achieved notoriety in 1969 when, as a freelance journalist, he broke one of the biggest stories of the Vietnam War: the massacre of unarmed civilians by American soldiers in the South Vietnamese village of My Lai. Hired by The New York Times in 1972, he went on to cover (in some cases uncover) the CIA scandals that rocked Washington in the mid-1970’s.

But Hersh’s luster began to fade during his last few years at the Times as critics raised doubts about both his methods and his fairness. In Fit To Print, his 1988 biography of former Times executive editor A. M. Rosenthal, author Joseph Goulden wrote: “Rosenthal now concedes that he had serious second thoughts about some of Hersh’s reporting, even during the glory days of the 1970’s when his stories featured prominently on the Times’s front page.”

Hersh left the Times in 1979 and commenced work on a book about former secretary of state Henry Kissinger, whom Hersh made no secret of despising. When The Price of Power: Kissinger in the Nixon White House was published in 1983, The New Republic’s Martin Peretz wrote that “there is hardly anything [in the book] that shouldn’t be suspect.”

The late former attorney general John Mitchell (cited by Hersh as a major source) insisted that “almost every episode or statement on Kissinger ascribed to him by Hersh [was] a distortion, an exaggeration, a misinterpretation, or an expletive-deleted lie.”

More recently, while researching The Dark Side of Camelot, his 1997 debunking of the mythology surrounding John F. Kennedy, Hersh fell for the claims of a forgerer whose material would have been included in the book if not for a last-minute investigation by ABC News that cast doubts on the man’s story.

In his New Yorker piece on Pollard, Hersh detailed various scenarios involving Israel’s alleged transfer of pilfered U.S. material to the Soviet Union, only to lamely confess that his sources “stressed the fact that they had no hard evidence – no ‘smoking gun’ in the form of a document from an Israeli or a Soviet archive – to demonstrate the link between Pollard, Israel and the Soviet Union…”

Hersh also alleged that the late CIA director William Casey told an associate (unnamed, of course) of his knowledge that “the Israelis used Pollard to obtain our attack plan against the U.S.S.R. – all of it. The coordinates, the firing locations, the sequences. And for guess who? The Soviets.”

But Robert Gates, who was appointed Casey’s deputy in 1986, told Hersh that the director “had never indicated to him that he had specific information about the Pollard material arriving in Moscow.”

Furthermore, said Gates, “The notion that the Russians may have gotten some of the stuff has always been a viewpoint [italics added].”

On such slender reeds did Hersh rest his case against Pollard. 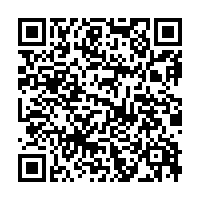