With thoughts of Thanksgiving in the air, magazines are running their “Best Turkey” surveys.  Over at Cook’s Illustrated the taste testers have chosen Rubashkin’s Aaron’s Best frozen kosher turkey as one of the best.  No surprise there for anyone who has ever tasted their poultry.

Live or work on the Upper West Side?  Great news – an all new glatt kosher Subway is coming your way.  The location – Broadway between 78th and 79th.  Also in the works in a website www.glattkoshernyc.com.

The Boston Globe has a great article about the kosher restaurants in the Boston area.  They highlight everything to the 26 year old Milk Street Caf? (located in the financial district) to Caf? Eilat in Brookline.

Good news this week in Northern New Jersey.  The Jewish Standard reports that the Tel Aviv Caf? located in the Wayne YM-YWHA will once again be kosher as of the middle of this month.  While for six years it had been under the supervision of Rabbi Michel Gurkov, during the summer it became “kosher-style.”  There is great hope that this reversal will be embraced and enjoyed by the community.

And finally, well I am not even sure what to say about this one.  Jones Soda Co., based in Seattle has announced that they will be distributing ham flavored soda in a limited run on time for the December holiday season.  Jones Soda is kosher and supervised by the Star K. 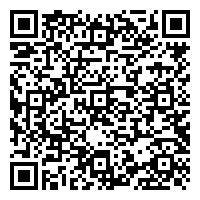