Ten years ago on the eve of Rosh Hashanah, which fell on Friday, Sept. 29, something occurred in Jerusalem that would reverberate far beyond the Middle East and the usual hours-long news cycle.
The details would take a few days to emerge, but the following Wednesday The Jewish Press featured on its front page the first published report of how an Associated Press photo caption, appearing over the weekend inThe New York Times and several other newspapers, had turned reality on its head.
The story took off within hours, conveyed to millions of readers by wire-service accounts and the Internet, and by week’s end it had become something of a metaphor for reflexive anti-Israel media bias.
The AP photograph pictured an Israeli policeman, club in hand and mouth contorted in an angry yell, standing in menacing proximity to a dazed young man whose face was a bloody mess. The caption accompanying the picture read “An Israeli policeman and a Palestinian on the Temple Mount,” though in some later versions the reference to the Temple Mount, which turned out to be inaccurate, was removed.
Location, however, was but an ancillary inaccuracy. The young man in the photo was not a Palestinian at all but an American Jewish yeshiva student from Chicago named Tuvia Grossman, and the Israeli policeman had in fact saved him from a mob of angry Palestinians.
As the truth about the photo emerged, the Associated Press apologized to Grossman and his parents, though it blamed the fiasco on an unclear translation provided by the Israeli agency whose photographer had taken the picture. The AP also put out a news story that more or less accurately recounted the attack on Grossman, but even here the wire service could not refrain from some pro-Palestinian spin, describing the incident as part of the “violence triggered by the visit of Israel’s hawkish opposition leader, Ariel Sharon, to [a] disputed shrine…”
The Timesand other newspapers that had published the erroneously captioned photo ran corrections, though such remedial measures, invariably tucked away as unobtrusively as possible, usually garner a fraction of the attention accorded the transgression itself.
It wasn’t until a full week after the photo’s initial appearance that the Times finally got around to telling its readers what happened to Grossman (and his two companions who escaped with lighter injuries), though reporter Robert McFadden somehow managed to avoid any mention of the by-now notorious caption until the 12th paragraph of a 14-paragraph story.
The near-fatal encounter occurred a few hours before the onset of Rosh Hashanah. Grossman, 20, and two friends – 18-year-old Andrew Feibusch of Lawrence, New York and 20-year-old Todd Pollock of Norfolk, Virginia – had set off by taxi to pray at the Western Wall.
“They had to take an Arab cab because it’s almost impossible to get a Jewish taxi onerev Yom Tov,” Akiva Medjuck, a Toronto native who was a student at Yeshiva Bais Yisroel in Jerusalem with the three young men injured in the attack, told The Jewish Press. The cab took an unusual route through an Arab neighborhood, and suddenly came under a barrage of rocks being hurled by dozens of Palestinians who surrounded the vehicle.
“The Arab driver at first managed to keep going, until a large rock spidered the windshield and he was forced to stop,” said Medjuck. “At that point the doors were flung open and the boys were dragged from the car.”
Feibusch and Pollock managed to break free of their attackers after sustaining several cuts and bruises. Grossman, who wasn’t as fortunate, suffered repeated blows about the face and head and two knife wounds in his right leg.
“He thought he was going to die,” said Medjuck, “and so he shouted Shema Yisrael. Then he let loose a loud yell, and that startled the mob to the point the attackers backed off for a few seconds.”
Seizing the opportunity, a badly beaten Grossman ran and stumbled until he spotted the Israeli police officer who would come to his rescue and thereby become an enduring symbol of (pick one) media malfeasance or incompetence.

One bright postscript to the story went unreported in most media accounts: When Grossman’s friend Todd Pollock ran for his life, it was an Arab bus that stopped and picked him up, and a Palestinian on board who put a keffiyeh on Pollack’s head to help him pass as an Arab. And it was the driver of that Arab bus, a Palestinian, who saw to it that Pollack was brought to a nearby hospital for treatment.


Jason Maoz can be reached at jmaoz@jewishpress.com. 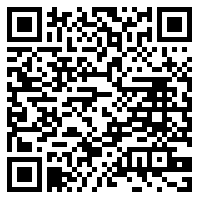