It seems like almost yesterday when, after the Camp David accords initiated by President Carter, former Prime Minister of Israel Menachem Begin, a”h, told me, “Rebbetzin, I have just returned from an American concentration camp. The pressure that President Carter exerted upon me was greater than anyone can imagine. And then, to top it off, he wanted to put Jerusalem on the bargaining table as well. When I vehemently objected, he tried to reassure me by telling me that we would not be negotiating, but merely ‘discussing’ Jerusalem.” After all, the president added, ‘There’s no harm in discussing.’

“To explain my position, I related to the president the story of the U’Nesaneh Tokef prayer that we recite on Rosh Hashanah and Yom Kippur.”


And that which Menachem Begin related to President Carter speaks to us more powerfully today than ever before.

The prayer itself was composed by the eminent sage, Rabbi Amnon, who lived about 1,000 years ago in Mainz, Germany. The Bishop of Mainz, who was the most powerful man in the city, befriended Rabbi Amnon and tried to prevail upon him to convert, but Rabbi Amnon consistently rebuffed all pleadings. Despite all his imprecations and promises of riches as well as threats of terrible consequences, Rabbi Amnon stood strong as a rock in his faith in Hashem and loyalty to Torah.

On one occasion, however, the bishop’s exhortations became so intense, so overbearing that, just to obtain a little respite, Rabbi Amnon asked to be given three days to consider the matter. No sooner did Rabbi Amnon depart from the bishop’s palace, than he was overcome by terrible anguish. A torturous question kept repeating itself in his mind, heart, and soul. “How? How could I have said that? What if future generations who hear of this conclude that I succumbed to pressure and considered conversion for even a second? How could I have fallen so low?”

For the next three days, Rabbi Amnon prayed, fasted, and wept and no one could console him. When the appointed time passed and Rabbi Amnon did not return to the palace of the bishop, soldiers came to fetch him and forcibly took him away.

“Why didn’t you come?” the bishop demanded menacingly.

Everyone in the chamber waited with baited breath for Rabbi Amnon’s response and they were shocked to hear him say in a determined, powerful voice, “Your Honor, allow me to pronounce my own punishment for not having come. This tongue that spoke falsehood and said that I would consider conversion, has to be severed. Please know that never for a moment was that even a possibility for me.”

In a fury, the Bishop responded, “Your tongue spoke correctly, but your feet that did not bring you here acted treacherously… and he immediately ordered his henchmen to cut off Rabbi Amnon’s feet joint by joint, toe by toe… and after each barbaric amputation the question was repeated: “Are you willing to convert?”

But Rabbi Amnon resisted the torture and would not relent, so the bishop ordered that the same be done to his hands and fingers. Thus mutilated and crippled, Rabbi Amnon was sent home in a wheelbarrow with his severed limbs at his side.

It was a few days before Rosh Hashanah, and when the great awesome day arrived, Rabbi Amnon asked to be taken to shul. As the congregation got ready to recite the holy Kedushah, Rabbi Amnon requested to be taken to the Holy Ark and there, in a trembling voice, he composed and recited the U’Nesaneh Tokef prayer – and with those words, his pure soul returned to its Creator.

A few days later, Rabbi Amnon appeared in a dream to Rabbi Kalonymus ben Meshulam, a great Torah scholar in Mainz. In the dream, Rabbi Amnon taught him the prayer and asked that it be sent to all Jewish communities – and today, it is an integral part of the High Holy Days liturgy.

It was that story through which Menachem Begin explained to President Carter why he could not even discuss Jerusalem. “For if I did,” Prime Minister Begin continued, “I too would have the same fate as Rabbi Amnon.”

That story seems to have occurred eons ago. Today, the Israeli prime minister is not only willing to discuss Jerusalem, but he has indicated his readiness to give away a great part of it – and the silence of our people is deafening. How could we have fallen so low in such a short period of time?

As I write these words, yet another incident comes to mind. Soon after the Six- Day War, I was in Hebron, the city of our holy Patriarchs and Matriarchs. At that time, I had a little discussion with a local Arab. “This land,” he claimed, “belongs to us,” and to prove his point, he said, “Your own King Solomon would agree. When the two mothers came to Solomon claiming ownership of the same baby, Solomon decreed that the baby be cut in half. One of the women cried out ‘No!’ to which Solomon responded, ‘She is the real mother.’

“We,” the Arab said, “will never allow our land to be cut up. We will fight to the end until we get it back – but you are willing to see it sliced up and given away. So you see, it is our land, not yours.”

Already, in the wake of the Six-Day War this policy of giving away our G-d- given land started. The logic behind it was that the Arabs would appreciate our generosity and live with us in harmony. And the secularists argued that we didn’t really need those religious places. History however, has proven that not only have they failed to be grateful, but on the contrary, with every “giveaway” their violence has increased, their hatred has intensified, and today their determination to wipe Israel off the map has become their official policy and unabashedly, they proclaim it to the entire world. As for us, we have learned nothing. We keep returning to the same self-destructive bargaining table – and now it is Yehudah, Shomron, and Yerushalayim that are on the “giveaway.”

What will it take to wake up our nation? How far do we have to fall before we come to appreciate the gift that Hashem gave us at Sinai – the gift which proclaims that Torah, the Jewish People, the Land of Israel chad hu – are one.

May Hashem have mercy on all of us and despite ourselves seal us in the Book of Life and Blessing. Kesivah v’chasimah tovah to all our readers and Klal Yisrael. 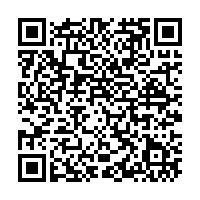