A number of years ago this column mentioned someone named Glenn Rosenthal, a self-described liberal Reform Jew who had been communicating with the Monitor for some time (and continued to do so until early 2009).
A stubborn defender of Bill Clinton (though he lamented that the former president was not liberal enough), Rosenthal first caught our eye with a sustained barrage of e-mails crediting the Clintons with beating back what he viewed as the nefarious efforts of the Christian Right to take over the country.
Among his other passions were peace with the Palestinians (he never tired of boasting about how his rabbi constantly sermonizes on Israel’s obligation to make proper restitution for the plight of those poor, persecuted people), and egalitarianism in the synagogue (the rabbi of his temple is a woman, naturally).
Back in the late 1990s and for the first year or two of this decade, his number one priority, at least as reflected in his communiqu?s to the Monitor, was the defense of Rev. Jesse Jackson against any and all detractors.
Now, the Monitor is well aware that American Jews have always stepped rather gingerly around the whole matter of Jesse Jackson, no doubt because of the combustible combination of Jackson’s pigmentation and the guilt-ridden neurosis of Jewish liberals on the issue of race.
(Fact: In 1984, following years of Jackson’s anti-Israel statements and smack in the middle of the controversy over his “Hymietown” remarks and his relationship with Nation of Islam leader Louis Farrakhan, a poll found that Jackson would easily defeat the indefatigable pro-Israel Rev. Jerry Falwell among Jewish voters in a hypothetical presidential match up.)
When in early 2001 the Monitor compiled a list of some of Jackson’s more offensive remarks about Jews and Israel (this in response to the hero’s welcome accorded the rhyming reverend by a gaggle of elderly Jews in South Florida shortly after the 2000 presidential recount mess), Rosenthal was quick to respond.
Jackson’s motives for injecting himself into the Florida recount were purely altruistic, Rosenthal insisted. And he wondered if perhaps the Monitor would, just that once, give Jackson the benefit of the doubt.
Well, no, the Monitor would not. The instant Jackson began comparing the situation in Florida with that of Selma and Munich he forfeited any chance at being taken seriously.
With the revelation in mid-January of 2001 that Jackson had, to use an increasingly quaint phrase, fathered a child out of wedlock (at the very time he was “counseling” fellow philanderer Bill Clinton) and with the finances of Jackson’s various not-for-profit organizations coming under unprecedented scrutiny, it seemed only reasonable to expect that Rosenthal and others of like mind would finally come to their senses.
Alas, Rosenthal was eternally understanding, at least when it came to Palestinians (“How would you feel,” he once asked the Monitor, “if someone had taken away your homeland and the only way you could get the world’s attention was to resort to acts of terrorism?”) and certain publicity-addicted “civil rights leaders.”
He actually expressed appreciation that the Monitor had not focused on the Jackson scandals and ended with the hope that this is a sign of a “newfound appreciation for a towering figure” – that would be Rev. Jackson – “in the fight for human dignity.”
The Monitor informed Rosenthal that the reason for the inattention to Jackson had nothing to do with any “newfound appreciation” for the race huckster and everything to do with the assumption that there was no particularly Jewish angle to Jackson’s personal travails.
But Rosenthal managed to convince the Monitor that there was a Jewish angle after all: The seemingly bottomless and ultimately self-destructive naivet? of all the Glenn Rosenthals out there – who, according to every available indicator, form a distinct majority of American Jewry.
It therefore gladdens the heart to report that Glenn Rosenthal can no longer be counted among that benighted majority. He recently broke his long silence by informing the Monitor that while on most issues he still is a hard-core liberal who enthusiastically supported Barack Obama in 2008, he’ll just as enthusiastically vote for anyone the Republicans run against Obama in 2012.
“As much as I disliked George W. Bush,” he wrote, “I have to admit there was never any doubt about his support for Israel. I can’t say the same about Obama. And while I deeply believe in a two-state solution and, as you know, am no fan of Netanyahu, I really fear what a reelected Obama would mean for Israel.”

One can only hope it’s the beginning of a trend. 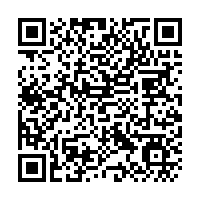