I’ve been reading Newsweek since 1975, when, as a yeshiva student in Israel, I subscribed in order to keep abreast of world events when otherwise not ensconced in the study of Torah. It’s been three and a half decades, and my subscription, which lapses next month, will not be renewed. The reasons are reflective of the current state of American culture and mainstream journalism.

Newsweek has always been a reliably liberal publication, with a sop to the right-wing in the erudite and enlightening form of the columns of George F. Will. Indeed, Newsweek and The New York Times (I cancelled that subscription in early 2009) were windows into the liberal world and mindset, usually sophistic but necessary to illuminate the viewpoints of the opposition (in the Reagan and Bush years) and the government (Clinton and Obama administrations).

It’s important not to live or think in an echo chamber or to conduct one’s discourse on public issues with only like-minded thinkers. That is a sure route to intellectual stultification – or, what has transpired in the last decade and a half, people on opposite sides of the political spectrum just yelling past each other.
I can’t take it anymore, and it is not Newsweek’s politics but its in-your-face immorality that is so off-putting and has likely led it to the brink of bankruptcy. Its owner (the Washington Post Corporation) is looking for a buyer, its circulation has dropped precipitously, and it could very well disappear in the next few years. The ridicule of conservatives and Republicans, the genuflection before President Obama, the Israel-bashing (in the style of Haaretz, so it escapes an anti-Israel label), the unconcealed derision of religion and traditional values and the snide, snippy and sneering attitude toward Sarah Palin, et al, are all faintly tolerable, even if despicable.
But what is intolerable is Newsweek’s celebration of decadence and its advocacy of the overturning of the social order. Scarcely a week goes by without some crack about religion or an opinion piece denigrating traditional morality and those who live their lives accordingly.
A recent cover presentation touting “A Case Against Marriage” amounted to a tendentious and saddening portrayal of an allegedly “growing movement” among educated women against marriage, an institution they find irrelevant and unnecessary in their lives. The magazine cited “studies” that little accord with real life, and presented women who are unable to project the dire loneliness they will feel in years to come or who deny the obvious harm caused to children who are raised by single mothers by choice.
Well, it is certainly a viewpoint, but in typical Newsweek fashion no attempt was made to present the “other side” – the Case for Marriage, how or why marriage has been the bedrock of civilization and family since ancient times, and how marriage is the foundation of one’s personal happiness according to every study. No balance at all.
Contrast that with two other Newsweek classics – the December 2008 and January 2010 Cases for Gay Marriage. (It obviously did not suffice to share this viewpoint only once, and the latter was even a cover story.) Again, no attempt at balance, no presentation of the case why homosexual marriage is detrimental to civil society.
It is not merely the debauchery, which is still just an opinion, that is killing Newsweek, but even more so the magazine’s pretense that its views reflect the coming attractions of American life. In fact, its celebration of these alternate lifestyles is an effort not to report the news or even modern social trends, but to influence those very trends – as if regularly reading about them will make them appear normal and conventional to its readership. Perhaps it does, and undoubtedly that is why its readership is disappearing faster than Obama’s popularity. But its moral stain and ethical pollution linger, like the oil in the Gulf of Mexico.
Fortunately, there are other vehicles from which one can receive news – real news, not the perverted versions of the liberal press – and even news with a liberal tint. It is a free society, and we are all free to read and not read what we want. We are free to employ our values when making purchases of products, books or magazines. That is what I am doing in cancelling my subscription.
Newsweek’s descent into the cultural sewer presages its disappearance from the American journalistic scene. When it fails, it will undoubtedly attribute its problems to the Internet and the ease of acquisition of news and information from that venue. It will claim that with news available every minute of every day in real time, there is no need for a “weekly” newsmagazine, which is dated even before it is received. That is true, but not relevant.
Newsweek’s failure will come about through its embrace of the unholy and ungodly as sacraments and the dissolute lifestyle as appealing and natural. It is so far gone that it is incapable of recognizing that it has become disconnected from the virtues that sustain American life. Newsweek lost me and thousands of others not because of the Internet but because of its own depravity. There are plenty of news publications that endorse traditional values – and ultimately the inculcation of good values matters much more than a shallow education about some nuances of domestic politics.

In the meantime, the death watch for Newsweek has begun. Good riddance.

Rabbi Steven Pruzansky is spiritual leader of Congregation Bnai Yeshurun in Teaneck, New Jersey, and the author most recently of “Judges for our Time: Contemporary Lessons from the Book of Yehoshua” (Gefen Publishing, 2009). He blogs at www.rabbipruzansky.com. 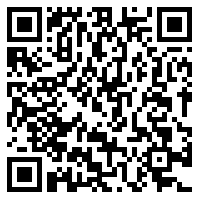