The anticipated or imminent arrival to the major leagues of a Jewish ballplayer is such a relatively infrequent phenomenon that it usually has Jewish fans buzzing – often for the two or three (or more) years it takes for a particular Jewish player to work his way up through the minor leagues.
Particularly for those Jewish fans whose definition of a Jew follows the ages-old rabbinic norm – someone born of a Jewish mother or who converts according to the precepts of Jewish law – the wait between players can be a long one, as many major leaguers commonly identified as Jews turn out to have a Jewish father but a non-Jewish mother or surnames that merely sound Jewish.
Two of the more well-known players in the latter category are David Cone and Mike Jacobs. When Cone first came to the New York Mets as a result of a trade with the Kansas City Royals before the 1987 season, Jewish Mets fans were thrilled; almost immediately he was besieged with invitations to bar mitzvahs and other Jewish events. But the disappointing word got out soon enough: Cone, alas, was not Jewish.
Jacobs, who came up through the Mets’ system, was traded to the Florida Marlins prior to the 2006 season. Jacobs had come up to the Mets late in the 2005 season and the news spread rather quickly among fans who care about such things that, name notwithstanding, he was not a Jew.
(Apparently, though, no one told the Marlins’ front office, which gave away Mike Jacobs t-shirts on the team’s 2006 Jewish Heritage Day. When Marlins officials were informed that Jacobs was a non-Jew they insisted they had known that all along, and attributed the decision to spotlight Jacobs on Jewish Heritage Day as mere coincidence.)
Ironically, it was Jacobs, on his second go-round as a Met, who last week was sent down to the minor leagues when the Mets brought up much ballyhooed first baseman Ike Davis. The irony? Davis happens to be Jewish – something that seems to have caught most fans by surprise – even fans of the type mentioned above, those constantly on the lookout for Jewish players.
There had been a small bit of speculation on the Internet about Davis’s Jewishness prior to his promotion to the majors, but nothing really definitive. At least one blogpost in February mentioned that Davis’s mother was Jewish (his father, former major league pitcher Ron Davis, is not) but it seemed strange that the story had, to that point, assumed little if any traction.
One fan told the Monitor that during spring training last month he’d typed in every conceivable key word in attempting to track down information about Davis on Google but had come up with almost nothing that satisfactorily addressed Davis’s religious background.
On April 19, the day the Mets announced that Davis was being summoned to Flushing, Howard Megdal, on his SNY TV blog, noted the possibility that Davis might blossom into “New York’s first-ever Jewish superstar.” Megdal’s definition of Jewishness when applied to ballplayers is, by his own admission, “expansive,” but at least the subject was being addressed in a presumably authoritative venue.

When I say “it turns out” Ike Davis is Jewish, that’s because I had only the barest inkling that was his background. I don’t generally give any thought to Mets’ backgrounds . It occurs to me I’ve never known or wondered about Tom Seaver’s religion. Seaver religiously threw strikes like nobody else, which meant I was a practicing Seaverite from the time I was old enough to know right from wrong and left from right . But seriously, this is nice to know.

A few hours after Prince’s post went up, Dave Waldstein, The New York Times’s Mets beat reporter, delved into Davis’s background on the Times’s website. Noting that Davis’s real first name is Isaac, Waldstein wrote: “Davis’s mother, Millie, is Jewish, and she named her son after her grandfather. Davis said a large portion of his family on his mother’s side, which was from Lithuania, perished in the Holocaust.”

So to all those readers who constantly write in asking the Monitor whether this or that baseball player is Jewish according to Orthodox criteria – the answer, more often than not, is no – Ike Davis is the real deal. 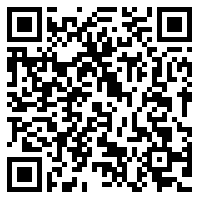