Home News & Views News Briefs Quick Takes: News You May Have Missed
Share on Facebook
Tweet on Twitter
Prime Minister Benjamin Netanyahu agreed to quietly halt all Jewish construction in eastern Jerusalem (see related news brief, page 3) as a “confidence-building gesture” toward the Palestinian Authority as demanded by the Obama administration, a top PA official told this column.
The PA official said Netanyahu will not make any public declaration on the subject for fear of upsetting his nationalist coalition, which would be forced to respond to any public Jewish construction freeze in Jerusalem. The official said while the Jerusalem freeze would not be announced, no new Jewish construction in the eastern sections of the city will be approved by the local municipality.
The official said the agreement, brokered last week by George Mitchell, Obama’s envoy to the Middle East, satisfies the PA to begin direct negotiations with Israel aimed at creating as Palestinian state.
The official also said that Mitchell extracted a pledge from Netanyahu that he will extend a 10-month halt to all Jewish construction in the West Bank that he implemented in November, also as a so-called confidence building gesture to the PA demanded by the Obama administration.

Meanwhile, the PA has not been asked to make any major gestures to Israel to jumpstart talks, including recognizing Israel as a Jewish state.

The Obama administration is pushing Israel to hand the Palestinian Authority full control of a major neighborhood in Jerusalem as a so-called confidence-building gesture to jumpstart Israeli-PA negotiations, this column has learned.
According to sources both in the PA and in the office of Prime Minister Benjamin Netanyahu, the Obama administration has demanded the following from Israel as “confidence-building gestures” toward the Palestinians ahead of any negotiations:
●That Israel scale back roadblocks and checkpoints in the strategic West Bank to near their pre-Intifada levels. Israel says roadblocks and checkpoints are crucial security measures in stopping terrorist attacks.
● That Israel release about 2,000 Palestinian prisoners from Israeli jails.
● That Israel ease its siege of the Hamas-controlled Gaza Strip. The siege applies only to materials that Israel believes will be used by Hamas to enhance its military apparatus. Basic foods, medicine, supplies and funds flow into Gaza regularly.
● That Israel grant the PA full control of key West Bank cities that are currently under Israel’s security control due to threats. The demand includes what are known as areas B and C. B, as defined by the 1993 Oslo Accords, encompasses cities administered by the PA but patrolled by Israel. C refers to cities under full Israeli control.
This column has learned that as part of its demands, the Obama administration is asking Israel to grant the PA control of Abu Dis, a largely Arab neighborhood in eastern Jerusalem that borders key Jerusalem roadways and is home to about 12,000 residents.
Netanyahu is said to strongly oppose the demand, arguing that only negotiations can determine the future borders of Jerusalem. The Jewish state has never before been asked to withdraw from any Jerusalem territory in exchange for starting negotiations.
Sources in Netanyahu’s office said that any change of the status quo in Abu Dis would signal that Israel is willing to forfeit the strategic neighborhood.

Still In Radical Islam’s Crosshairs
A decision by Comedy Central to bleep out the words “Prophet Muhammad” on a follow-up episode of “South Park” that aired last week is not enough to remedy the situation, the author of an extremist Muslim website told this reporter.
Younus Abdullah Muhammad, author of RevolutionMuslim.com, charged that “South Park” creators Trey Parker and Matt Stone continue to “mock” Muhammad even though the Islamic figure’s name was censored from a follow-up show that aired last night.
RevolutionMuslim.com last week had warned the “South Park” creators should be “afraid for their lives” since there is a “very real possibility” they will end up murdered like Dutch filmmaker Theo Van Gogh. The Islamic site issued the warning after an episode of “South Park” last week depicted Islam’s prophet Muhammad disguised in a bear suit.
Asked if a network decision to bleep out Muhammad’s name in a follow-up show satisfied his site, Abdullah Muhammad replied, “They continue to mock. It’s a blatant mockery and it’s typified by their response. We declared what is Islamically permissible.”
Abdullah Muhammad repeated the harsh words against Parker and Stone.

“Our position remains that it is likely the creators of South Park will indeed end up like Theo Van Gogh. This is a reality,” read the statement, referring to the Dutch filmmaker who was murdered by an Islamic extremist in 2004 after making a film on Islam and violence against women. 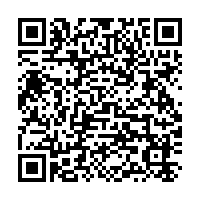