An op-ed column in last Thursday’s (Jan. 8) New York Times by Columbia professor of Arab studies Rashid Khalidi, while fairly unremarkable in its boilerplate condemnation of Israel’s military operation in Gaza, ended dramatically with a citation of the following statement allegedly made in 2002 by former IDF chief of staff Moshe Yaalon:

“The Palestinians must be made to understand in the deepest recesses of their consciousness that they are a defeated people.”


Pretty strong imagery, bringing to mind an Israeli boot planted firmly on the neck of a prostrate Palestinian. But a simple Google search immediately made it clear the quote is not just inaccurate but turns the meaning of Yaalon’s actual words upside down, and so the Monitor’s alter ego wrote about the matter on Commentary magazine’s Contentions blog. (Meanwhile, the trusty folks at CAMERA had also been on the case and are demanding a correction or clarification from the Times.)

The bogus version of the quote (which Khalidi did not originate but which he used in his 2005 book Resurrecting Empire) has been circulating on the web since at least early 2003, cited ad nauseam by Arab news services, neo-Nazi websites and leftist bloggers, though never with a hyperlink to the actual article where it supposedly appeared – an August 2002 interview in the Israeli daily Haaretz.

Here is what Yaalon actually said when asked, “Do you have a definition of victory? Is it clear to you what Israel’s goal in this war is?”:

I defined it from the beginning of the confrontation: the very deep internalization by the Palestinians that terrorism and violence will not defeat us, will not make us fold. If that deep internalization does not exist at the end of the confrontation, we will have a strategic problem with an existential threat to Israel. If that [lesson] is not burned into the Palestinian and Arab consciousness, there will be no end to their demands of us….

… The facts that are being determined in this confrontation – in terms of what will be burned into the Palestinian consciousness – are fateful. If we end the confrontation in a way that makes it clear to every Palestinian that terrorism does not lead to agreements, that will improve our strategic position. On the other hand, if their feeling at the end of the confrontation is that they can defeat us by means of terrorism, our situation will become more and more difficult….

Tellingly, the same week Haaretz ran the interview with Yaalon, the Israeli newspaper Yediot Aharanot published the transcript of a speech Yaalon had just given to a conference of rabbis in Jerusalem. Its blunt tone drew criticism from leftists, but the sentiments expressed dovetailed with what Yaalon told Haaretz: “It is imperative that we win this conflict in such a way that the Palestinian side will burn into its consciousness that there is no chance of achieving goals by means of terror.”

It’s clear, then, that in both his speech to the rabbis and his interview with Haaretz, Yaalon – far from saying the Palestinians had to be “made to understand in the deepest recesses of their consciousness that they are a defeated people” – was stating that the Palestinians had to understand that Israel would not be defeated by violence and terror.

Further indication that Yaalon did not make the remark attributed to him by Khalidi and others is that two days after publication of the Haaretz interview, Israeli über-leftist Uri Avnery wrote a column in Maariv detailing everything he found offensive in Yaalon’s responses. There was no reference to any statement by Yaalon about making the Palestinians understand that “they are a defeated people.”

It’s hard to say with any degree of certainty who first circulated the egregious misquote, though one of the earliest and most oft-cited sources is Henry Siegman, formerly a Jewish organizational official and for years now one of Israel’s fiercest critics in the American Jewish community. Siegman has used the misquote in a number of columns over the past six years, though not always consistently.

What is fairly certain is that this is yet one more example of an insensitive or incendiary comment falsely attributed to Israeli officials (one of the most notorious is the statement Ariel Sharon is supposed to have made regarding Israel’s control of Congress) and given eternal life among in cyberspace for the comfort and edification of Israel’s enemies. 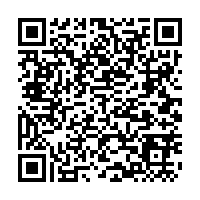