After nearly three weeks it is clear that Israel’s military operation in Gaza is a just and necessary undertaking. The operation followed the termination of a so-called cease-fire that was in any case frequently violated by Hamas.

The dangers posed to Israel from Gaza had been allowed to multiply in the three years since Israel’s 2005 unilateral withdrawal from the territory and its subsequent 2007 seizure by Hamas. Up to 150 rockets a day have hit Israel in recent weeks, while 50 a day (about two per hour) was a common occurrence, month in, month out, sending Israelis from their homes, offices and schools into bomb shelters.


In recent days, rockets have struck Ashdod, Israel’s second largest port, and Beersheba, the main city in Israel’s Negev desert. A rocket has even landed on the outskirts of Tel Aviv. The number of Israelis placed at risk from rocket fire has thus swelled in recent weeks from 250,000 to nearly a million.

That Israel is well within its rights to seek to end Hamas’s murderous attacks is beyond reasonable dispute. It is inconceivable that the United States, for example, would tolerate – let alone for a period of years – incessant rocket attacks upon Detroit or Seattle from terrorist groups based in Canada, or upon Houston or San Diego from terrorist groups based in Mexico.

In targeting the leadership, personnel and fortifications of Hamas, a State Department-listed terrorist group, Israel is clearly acting legitimately within its inherent right of self-defense under Article 51 of the UN Charter.

Predictably, criticism has fallen not on Hamas, which fires on Israeli civilians and embeds its personnel, arms and fortifications among Palestinian civilians, but on Israel for striking back at Hamas. Somewhere in these pronouncements, the small, deadly fact that most of Israel’s neighbors simply do not accept a Jewish state in the Middle East – and keep initiating wars against it – slips out of sight.

Hamas is the purest case in point: its Charter calls not only for Israel’s elimination but for the murder of Jews everywhere (Article 7), something Hamas’s “foreign minister,” Mahmoud Zahar, specifically called for (specifically the murder of Jewish children) in recent days.

Since 2005, more than 6,000 missiles have been fired into Israel by Hamas. Absent the rockets, kidnappings of Israeli soldiers and manifold other attacks of the past several years, there would be no Israeli action in Gaza today.

Therefore, if international expressions of concern for Palestinian civilian loss of life – a small fraction of the overall casualties – were genuine, the critics would have been condemning Hamas for its genocidal platform.

They would be condemning the hundreds of rockets fired into Israel over previous months when Israel did not strike back.

And they would not be bemoaning Palestinian civilian losses without condemning their direct cause: Hamas’s deliberate placing of its personnel and fortifications in civilian areas – a war crime that makes civilian casualties inevitable, no matter how much care Israel takes.

United Nations Security Council Resolution (UNSC) 1860, from which the U.S. abstained, neither identifies Hamas aggression as the cause of hostilities nor affirms explicitly Israel’s right to self-defense. It simply calls for a cease-fire.

But Israel’s legitimate goal is the defeat of Hamas, not a cease-fire, just as defeating Al Qaeda and other Islamist groups is America’s goal. (Not coincidentally, Al Qaeda has established itself in Gaza, while Hamas figures have called for and welcomed the prospect of America’s destruction).

Even the Olmert/Kadima government, the most conciliatory in Israel’s history, had no difficulty in rejecting implementing an immediate cease-fire and affirming that it is for the sovereign state of Israel to determine when its right to self-defense has been effectively exercised.

When might that be said to have occurred? When Israel will have done at least two things: retaken the Philadelphi Corridor along the Gaza-Egyptian border and removed Hamas from northern Gaza.

Reasserting control of Gaza’s southern border with Egypt – the relinquishment of which was much criticized by Maj.-Gen. Dror Almog, former head of the Israel Defense Forces Southern Command – would permit Israel to drastically curtail the smuggling of offensive weaponry into Gaza.

Reasserting control over northern parts of Gaza, from which the missile barrages are launched against Israeli cities, towns and farms, would end the state of paralysis, insecurity and fear that grips southern Israel. 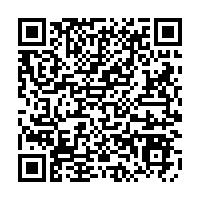