I remember Zaidie sitting at the head of his Shabbos table delivering divrei Torah. Even though I was a little girl I enjoyed hearing him so much. I loved those Shabbos visits. On other occasions, I would visit him in his study in his house. It was a room filled with sefarim (as was his office at The Jewish Press). When I came in, even though he was learning intensely, he was so happy to see me.

When I was a little older, I would go to the shiurim he gave on Shabbos at the Homowack Lodge hotel. I remember feeling so proud of him.

One of my earliest memories of my Zaidie is walking with him to the Young Israel of Brighton Beach every Shabbos for his weekly Torah shiur. Although the walk was not short and he was already not in the best shape, nothing made him as happy as teaching, and even the long walk could not deter him from this. When I would tag along, it was a special treat for him (and me) as we would spend the entire walk talking about what he was going to say. He had the Talmud at his fingertips and had a magical way of weaving one story into another.

When we would walk and talk we were in our own special world; a world I miss more and more as time goes by. This had a strong influence on me and part of my love for Torah today can be attributed to this.

On weekdays we would drive to morning services in Brighton, and even though there were closer shuls, Zaidie was fiercely loyal to his friends and insisted on driving to the farther location so they would have a minyan. Thinking back I can say that this taught me the value of loyalty.

At shul he would always prepare a few coins he set aside for charity, teaching me yet another important lesson on how to help others and making mitzvot a habit rather than an exception.

Friday nights were always a special treat as after dinner I would go to Zaidie’ s house and almost always he was still in the middle of his Shabbos meal. Bubbie would offer me some of her delicious carrot soup and I would spend the next hour or so discussing Torah with Zaidie. It was amazing. Never did the conversation slip to current events, business, or politics – only Torah. Here I was taught the value of Shabbos and the importance of dedicating time to Shabbos, not business or politics.

I recall winning a night seder award at Yeshiva University and telling Zaidie about it. Without hesitation, he told me he would attend. He didn’t even look in his calendar to see what else was going on or whether he had a previous engagement for that same time. To him there could be nothing more important than this award – and sure enough, he drove all the way from Manhattan Beach, Brooklyn, to Washington Heights in Manhattan for a late-night ceremony of seemingly little significance. This too was a shining example of the value he held for Torah.

Zaidie was a tzanua as well. While he could afford to buy just about anything, he was always mitztapek bemuat and chose instead to spend his money by helping family and friends. But not just ordinary charity. He would create jobs. Instead of giving one-time handouts, Zaidie tried to employ those less fortunate even if he really had nothing for them to do. In this way he felt they would be less humiliated taking the help. This too was a very important lesson. 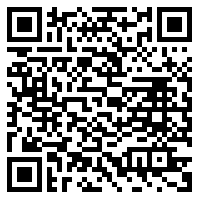