The British peer passed away after a brief illness, his family said in a statement. His body is to be brought to Israel for interment.


Born in Vienna in September 1919, the peer attended the University of Vienna; once the Nazis annexed Austria, however, he emigrated to London, where he first worked for the BBC.

He founded publishing company Weidenfeld & Nicolson with Nigel Nicolson in 1949, after working for the BBC, and remained its chairman up to his death. Weidenfeld & Nicolson became part of Orion Publishing Group in 1992, which became part of Hachette UK. The firm published the memoirs of a host of world leaders, including Charles de Gaulle and Lyndon Johnson, and Pope John Paul II.

Lord Weidenfeld was called “a towering figure in the Jewish community whose legacy will be one of great compassion,” Chief Rabbi Ephraim Mirvis said, according to the British Jewish Chronicle.

“Lord Weidenfeld was a man who epitomized community service and leadership while his perception of the new challenges facing Europe was both unique and powerful,” said Chief Rabbi Pinchas Goldschmidt, president of the Conference of European Rabbis.

“One of Lord Weidenfeld’s last acts, rescuing Christian families from Syria and Iraq and resettling them elsewhere, exemplifies the legacy of a man we should all endeavor to replicate.”

That project, Operation Safe Havens, was launched in part to repay a debt of gratitude the philanthropist had felt towards the British family who had taken him in as a teenager, he told the BBC last October. He commented that he felt “inadequate help” was being given to those fleeing from ISIS and said he felt he “must do something about it.” 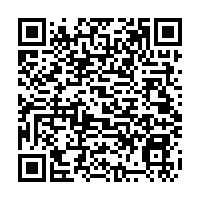