WASHINGTON – Call it the Adelson conundrum: What happens when the guy who acts as if he owns the room really does?

In March at TribeFest, the annual gathering of young adults organized by the Jewish Federations of North America at the Venetian hotel in Las Vegas, Sheldon Adelson walked in on a surrogate debate between Matt Brooks, who directs the Republican Jewish Coalition, and his counterpart at the National Jewish Democratic Council, David A. Harris.

Adelson, who owns the Venetian, was the first to ask a question. He went on to berate Harris for six minutes, describing President Obama as a “crybaby” who should be in diapers, according to several people in the room, including an organizer.

The organizer, speaking on background, said the time Adelson used and his tone were luxuries that would not have been afforded anyone else. The difference, as the organizer said, is that Adelson “owned the room, literally.”

That same sense of entitlement could be driving the 79-year-old Adelson’s conversations with Mitt Romney, the presumptive Republican nominee for president.

This week it was reported that Adelson was pressing Romney to speak out publicly in favor of the release of convicted spy Jonathan Pollard, to commit to moving the U.S. Embassy in Israel to Jerusalem from Tel Aviv, and to declare the Palestinians as unwilling to make peace. Romney, the report said, is resisting.

Through political action committees, Adelson and his wife, Miriam, have funneled $10 million toward Romney’s election effort. Adelson has said he’s willing to spend up to $100 million to defeat Obama.

Those close to Adelson say politics are a small part of what makes him tick.

“He is passionately committed to Jewish life and living, and to Israel,” said Elliot Karp, the director of the Las Vegas Jewish Federation. “And he is no more or less polarizing than anyone else who gives his opinions.”

Adelson has given nearly $100 million to Birthright Israel, the program that brings Jews aged 18-26 to Israel for free. He revived the fortunes of the Yad Vashem Holocaust memorial in Jerusalem with a $25 million gift in 2006. He has established a $4.5 million Jewish studies center in his name at the Shalem Center, a right-wing think tank in Jerusalem. His relatively smaller donations have helped bolster groups such as the Zionist Organization of America and The Israel Project.

“The true story is that the amount of money he spends on politics is dwarfed by what he gives to philanthropy,” said the Republican Jewish Coalition’s Brooks. “They are the single most important philanthropists in the Jewish community, in terms of Birthright, Yad Vashem and medical research,” he said of the Adelsons.

Adelson is the 15th richest man in the world, according to Forbes, with an estimated worth of $25 billion.

The confluence of Adelson’s three major interests – Jewish philanthropy, Republican politics and the casino business, which is how Adelson became one of the world’s richest men – has become one of the preeminent narratives of this election campaign.

Some frustrated Jewish Democrats believe the Jewish community is unduly influenced by its single largest donor.

For his part, Adelson is unapologetic about using his money to influence policy.

“I’m against very wealthy people attempting to or influencing elections,” he told Forbes in February. “But as long as it’s doable I’m going to do it. Because I know that guys like Soros have been doing it for years, if not decades,” he said, referring to the left-wing financier George Soros, who also is Jewish.

The admixture of Adelson’s politics and charitable giving is not new. In December, addressing a Chanukah gathering in Israel of hundreds of Birthright participants, Adelson championed Newt Gingrich after the then-Republican candidate for president said the Palestinians were an “invented people.” At the time, Adelson was the single biggest backer of Gingrich; he and his wife gave $16.5 million to the ex-House of Representatives speaker’s effort.

In 2007, Adelson broke with the American Israel Public Affairs Committee over its support for a congressional letter calling for a massive increase in funding for the Palestinian Authority. Adelson previously had been one of AIPAC’s major backers, helping to fund its new Washington headquarters. 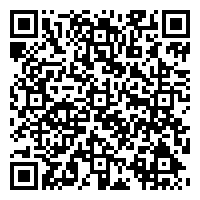