A new documentary, “Hate Spaces,” exposes the epidemic of campus intolerance favoring Muslims and anti-Israel activists over Jews and Israel supporters when it comes to free speech, academic freedom, and protection from abuse.

The film is being released theatrically by Americans for Peace and Tolerance (APT), a Boston-based non-profit dedicated to raising public awareness about the increasingly hostile campus environment. “Hate Spaces” premiered Nov. 30 in New York, and will be screened at select locations around the country (contact info@peaceandtolerance.org for details). The film will also be available on DVD in early 2017 and eventually on YouTube. Click here to sign up for alerts.

The film’s title refers to the concept of “safe spaces” that has been used to silence unpopular speech on universities around the United States.

Executive Producer Avi Goldwasser, who also wrote and directed “Safe Spaces,” first noticed the extent of the campus problem in 2004, when he produced “Columbia Unbecoming.” That film documented the intimidation by Columbia University professors of Jewish students who supported Israel. “Jewish students were abused by faculty members and the administration ignored it,” Goldwasser told the Investigative Project on Terrorism (IPT). “The abusing professor got tenure.”

Indeed, anti-Israel lies, incitement, and hate speech are often tolerated under the banners of academic freedom and free speech. Last September, for example, the University of California, Berkeley reinstated a student-led course that presented a demonizing, one-sided history of the Palestinian-Israeli conflict after public outcry claimed that free speech and academic freedom were jeopardized by the course’s suspension. In contrast, pro-Israel speech is attacked by Israel critics who demand the right to have “safe spaces” free from “hate speech.”

“Any support of Israel is hate speech!” one protestor in the film proclaims.

Groups such as Students for Justice in Palestine (SJP), the Muslim Student Association (MSA), and American Muslims for Palestine (AMP) leverage their politically favored status to exercise rights and protections that they try to deny their political opponents. At Northeastern University, SJP violated school policies over a two-year period, including “vandalism of university property, disrupting the events of other student organizations, not getting the appropriate permits when required, distributing unauthorized materials inside residence halls and sliding them under the doors of private rooms, not providing a ‘civility statement’ which was required after a previous sanction [and] not meeting with university advisers,” according to Northeastern spokeswoman Renata Nyul.

But SJP successfully reframed the school’s response as suppression of free speech and rallied public and media pressure until their suspension was lifted. Thus, in an SJP-dominated campus, speech that violates school policies and harasses Jews and Israel supporters is protected as “free speech” rather than punished as “hate speech.”

By contrast, critics of Islam have been silenced with accusations of “hate speech” and “Islamophobia.” In 2014, Brandeis University canceled a speaking invitation and honorary degree to Ayaan Hirsi Ali, a campaigner for women’s rights and a fierce critic of Islam, after she was branded an “Islamophobe” by the Council on American-Islamic Relations (CAIR). Around the same time, CAIR used similar accusations to stop the screening of a documentary on honor killings.

Meanwhile, Jewish students and organizations are targeted with impunity, as feckless college administrators hesitate to take remedial action (as happened at Connecticut College). One of the reasons for their reluctance, the film suggests, is fear of jeopardizing funding – collectively, over $1 billion over the last six years – from Qatar, Saudi Arabia, and the United Arab Emirates.

Through brazen lies – like claiming that Israel “commits genocide” and “apartheid” – SJP and MSA have created campus environments that are hostile to Jews and pro-Israel students, while suppressing support for Israel as “hate speech.”

“Hate Spaces” was a story that had to be told, Goldwasser said, because “most people do not realize how the hostility is being institutionalized, made fashionable by a combination of forces including radical faculty, radical student organizations, and an enabling university administration. While many anti-Jewish incidents and the BDS (boycott, divestment and sanctions against Israel) campaign are reported by the media, few are willing to connect the dots and report on the underlying ideology and extremist organizations that are inciting the hostility.”

The film shows how such campus hostility can reach as far as student council meetings, events that should be focused on campus affairs and otherwise far-removed from Middle East politics. It features UCLA sophomore Rachel Beyda, who applied for a leadership position on the Undergraduate Students Association Council. She was challenged by an SJP-backed campaign that claimed her Jewish background would make her biased when deciding sensitive campus issues. For about 40 minutes, students questioned whether her Jewish identity would make her a less fair-minded leader, even though three other students deciding her fate had been similarly active in their respective communities (Iranian students’ group, the MSA, and the Sikh students’ group).

The film also highlights the extent of SJP’s infiltration into academia. The organization, which has ties to Muslim-Brotherhood-linked groups, has chapters on more than 600 campuses. “Hate Spaces” underscores how there is “sensitivity training” on many campuses for just about every group (including for bestiality and incest at Yale) but not when it comes to groups relating to Jews or Israel.

The film includes footage of SJP founder Hatem Bazian calling for an intifada in America during a 2004 San Francisco rally. In addition to heading the University of California, Berkeley’s Islamophobia Research and Documentation Project, Bazian is AMP’s founder and national chair. AMP provides funding, printed materials (including “Apartheid walls” for public demonstrations), and staff to SJP chapters.

“Hate Spaces” cites the IPT’s 2015 report about AMP support for Hamas and terrorism against Israel.

It includes footage from an AMP event with several disturbing quotes. “When I look at the people who fight with the Israeli Occupation Forces,” says AMP’s Munjed Ahmad in one example, “I don’t think we understand how many American Jews who were involved in the assault of Gaza the past summer were American…Of those people massacring those 500 children and those civilians, there were American Jews.”

“Hate Spaces” attempts to explain how campuses became so hostile to Israel. By manipulating identity politics, SJP created an anti-Israel alliance of hard-left groups. They exploit the academically trendy concept of “intersectionality” – the idea that all injustices are interconnected – to demonize Israel and make common cause with activists from totally unrelated movements, like the campaign to address police violence.

SJP also attracts well-meaning students concerned about equality and social justice by portraying Palestinians as blameless victims of wholly unjustified Israeli attacks. “What drew me to SJP was my motivation to support equal human rights,” one student says in the film. “I joined them because I felt that the Palestinian people were being oppressed.”

Another student explains how “SJP deliberately works with anti-Zionist Jewish organizations because working with those organizations helps to immunize them …against charges of bigotry and anti-Semitism. It gives SJP cover.”

“Hate Spaces” points out that student demographics have also helped SJP, because tens of thousands of students from Muslim countries that are traditionally hostile to Israel have arrived on U.S. college campuses in recent years. As noted by a former-SJP activist interviewed in the documentary, “There’s definitely a lot of ethnic solidarity between Muslims and Palestinians because [a] majority of the Palestinians are Muslims, so it’s almost like a brotherhood.”

Goldwasser describes the intended audience for “Hate Spaces” as “decent Americans, especially, those in leadership positions.” He believes that “once they are educated about this outrage on campus, there is a chance that changes will be made. All we ask is that Jewish students be treated equally, receive the same protection as any other minority on campus.”

The film notes that professors and administrators have only exacerbated the campus movement promoting BDS, through their indifference or open complicity with the movement’s campus leaders and tactics: “Many university officials are uncomfortable dealing with hatred that comes from a non-Western minority, preferring to selectively invoke the concepts of academic freedom and free speech instead of fulfilling their responsibility to Jewish students.” 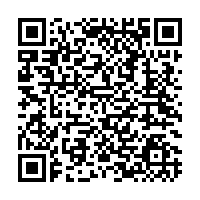