{Written  by Lital Shemesh and originally posted to the Mida website}

This week marks thirteen years since the uprooting of the Gush Katif settlements during the infamous Israeli unilateral disengagement from Gaza. The event that signified a period of the great crisis in Israeli society. For 13 years we have been trying to heal the rift between the various sectors in our society, trying to understand what happened then.

I had just been discharged from my military service back in those days, having served three years as a combat soldier with the Israeli Border Police Unit. I had served in the toughest sectors and during the most difficult period, the period of the Arab violence of the second Intifada. I had an older brother who served as an officer in the Gaza vicinity then and like me, it was clear to us, like all other soldiers, that we were enlisting in the IDF in order to give everything we could for our country.

The entire media those days was mobilized in favor of one purpose – advancing the disengagement plan. The demonstrations at highway intersections, the heartbreaking stories of the families that were to be uprooted, the lamentations, the prayers, the songs and the huge demonstrations in Rabin Square – none of these made a difference or left the slightest impression on them. The media was full of purpose.

Today though, in hindsight, we are smart enough to say that the ominous predictions made at that time have come about. We indeed suffered rocket attacks, with missiles having already reached as far as Tel Aviv. It is not just missiles, there are also terror tunnels, rockets, attempts to infiltrate into towns, and now even fire-kites that are burning forests to the ground. Hamas’ desire to destroy the Jewish state has never subsided. Their aspirations have not changed, but we have.

We in Israel have sobered up and have acquired a keener understanding of the harsh realities. We still desire peace but now look at reality with open eyes. What we understand today is that our neighbors do not completely share the same aspirations and desire for this life that we do. We understand that Hamas hates us more than it loves the citizens of the Gaza Strip; it aspires for our destruction, not for prosperity and success for the Gaza Strip.

The media itself has changed as well. It is no longer that cut from the same cloth, left-wing-Tel Aviv-IDF Radio milieu, who fill the ranks of all the editorial boards and news outlets. There now exist other media options, Zionist and Israeli, that offer a variety of opinions, hailing from the periphery and from the center of the political spectrum.

The importance of settlement in Judea and Samaria is no longer presented in the media only by religious people with skullcaps and headscarves. There is also a right-wing secular representation, even from Tel Aviv itself, for which there are Israelis who say out loud, “the settlement of the Land of Israel is important to us all!”

In the past, it was convenient for the media to portray the right-wing public as a religious settler population, all of whom live beyond the mountains of darkness and send their children to spray graffiti on Arab homes. The times have changed. There is a religious right and a secular right, a traditional public, Ashkenazi, Mizrahi, who hail from the center as well as from the periphery, and there is room for everyone. Journalists are no longer above criticism with the emergence of Facebook and Twitter, and the public no longer accepts any commentary on the news as a “Torah from Sinai”, absolute authoritative.

There is much yet to be said about those days of the disengagement from Gaza and the uprooting of the Gush Katif settlements and the devastating consequences of the event on Israeli society and on Israel’s security. Perhaps the most important question we need to ask ourselves though, is whether such a move could take place in Israel today?

How would the media cover such an event today? How would the public respond to such a possibility today and how far will the citizens of Israel be willing to go in order to prevent the evacuation of Jewish settlements and the uprooting of families from their land?

(Lital Shemesh is an Israeli Journalist and Commentator) 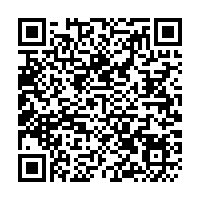