Russian Foreign Minister Sergey Viktorovich Lavrov and the Armed Forces of Russia’s Chief of Staff Valery Vasilyevich Gerasimov, are expected to visit Prime Minister Benjamin Netanyahu in Jerusalem to discuss the situation in Syria. The meeting was not mentioned in the Israeli Government Press Office’s Monday’s agenda for the PM issued Sunday night.

Addressing the visit in Monday’s cabinet meeting, Netanyahu said, “I will meet today with a Russian delegation headed by Russian Foreign Minister Sergey Lavrov and the Chief of Staff of the Russian Army, Gerasimov. The delegation arrives at the request of President Putin, in a conversation he held with me a few days ago. I will discuss regional issues with them, first and foremost the situation in Syria.


“I will present to the Russian delegation the position I presented to President Putin during my last visit to Moscow: Israel insists that its separation agreements with Syria be respected as they were respected for decades until the outbreak of the civil war in Syria, And Israel will continue to act against any attempt by Iran and its proxies to establish military bases in Syria,” Netanyahu told his cabinet ministers.

Netanyahu also noted in the context of Iran that he “wishes to praise the firm position expressed yesterday by President Trump and Secretary of State Pompeo against the aggression of the Iranian regime. For years, this regime has been spoiled by the superpowers, and it’s good to see that the United States is changing this illegitimate equation.

“In this context, I must note that our political and military cooperation with the United States is at the height of all times,” the PM said.

A number of alarms were heard earlier on Monday in the Upper Galilee and the Golan Heights in northern Israel. The IDF Spokesperson said the alarms had been sounded in response to rocket launchings carried out as part of the internal fighting in Syria. The rockets fell in Syrian territory. Nevertheless, in response, two David’s Sling interceptors were fired at rockets for fear they would hit Israeli territory.

This followed an unconfirmed, reported attack by the Israel Airforce on a research facility belonging to the Iranian Revolutionary Guards in Hama, Syria. Five rockets were fired at the facility. 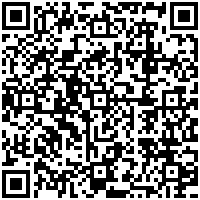