Never have the stakes been so high, yet the profound lack of any meaningful leadership is exactly the catalyst that could put the nation of Israel in peril.

The opinions of Barack Obama is often used as an excuse for Israel’s current impotence but it cannot be allowed to stand as the reason for one insane decision after the other. Israelis simply have to cease acting like the hand wringing ghetto Jews of old, accepting the crumbs and threats from an ignorant and hostile western world. It is time for Israel to aspire to a leadership that acts in the nation’s interest and sets the historical record straight, once and for all. For this, only a leadership of the variety that comes with a spine will suffice.

By mistake after mistake, capitulation after capitulation, one insane decision after the other, be it Oslo, land for peace, two state solution, release (not once but twice) of batches of terrorist murderers with blood on their hands, cessation of building activities, non response to so called “Israeli” Arabs such as Ahmad Tibi, Hanin Zoabi & Co who spew forth treason day in day out from within the walls of the Knesset, Israel has lost the high ground to a fictitious “Palestinian” narrative that is in effect a total rewrite of history. It must not be forgotten however that this narrative was aided and abetted by none other than the treasonous zealots of the Israeli left who were never reined in and allowed to give historical credence to a people who never existed in all of history, the so called “Palestinians”.

The primary zealot was none other than that darling of the western world, that supposed elder statesman of Israel, Shimon Peres.

Additionally and no less disgusting is watching an Israeli leadership cowered and berated by none other than the likes of Hillary Clinton the former US Secretary of State who had the audacity to complain to Netanyahu about building construction in the western part of Jerusalem. A woman who at the height of the recent war with Hamas told the world that Hamas places its missiles around civilian population centres “because Gaza is a small place and there were not many places they (Hamas) could put them”. All this and yet we see an Israeli leadership that never attempts to set this woman and the world view she represents straight!

In my mind, Hillary Clinton is just another American disgrace. A woman who along with her boss watched in real time as the American Ambassador and his staff in Libya were butchered by a rampaging Islamic mob, then had the audacity to blame the attack on a video about Mohammed that aired in the US some six weeks prior, in spite of the fact that the Libyan Government stated categorically that the video had nothing to do with the attack. All this while US Special Forces were ready on standby waiting for the “go” to save the Ambassador!

What has happened over just the last decade or so can be described as nothing less than catastrophic. We’ve seen the Oslo Accords, where not one violation on the Arab side was deemed sufficient for Israel to declare it null and void. The accords provided that the “Palestinian” security forces were to be issued with side arms but when more sophisticated weapons were introduced, Israel looked the other way. When the indoctrination of Arab children in hate did not stop but in fact accelerated, Israel looked the other way. When Yasser Arafat was caught out preaching jihad in Arabic to his assembled throng, it was that “elder statesman” Shimon Peres who ran to his defence saying that Arafat was referring to a “jihad for peace”. The facts are that Israel’s supposed negotiating partners for peace were never once held accountable for their actions and whether one likes it or not, the blame for this rests solely with Israeli leadership, or more to the point the lack thereof.

Insanity again prevailed in mid 2014 when Israel went to war to protect itself from thousands of rockets that were fired indiscriminately at its civilian population from Gaza. Israel again ended this war prematurely and inconclusively. Instead of prosecuting the war with Hamas with a determination whose sole object should have been the destruction and unconditional surrender of the enemy once and for all, it again allowed this war to end with the Hamas command and control infrastructure relatively intact.

In the history of warfare, no nation on the face of the earth has a “Purity of Arms” doctrine such as Israel. An insane doctrine which gives advance warnings to the enemy, a doctrine that calls off strikes literally at the last second thereby allowing military targets and targeted terrorists (along with supposed “innocent” civilians) to escape unscathed. This doctrine needlessly prolonged the war and thereby invited the inevitable worldwide propaganda campaign against Israel to build up, demanding that Israel and not the terrorists cease hostilities. This doctrine protected people who sympathise with Hamas’ aims, put Israeli soldiers lives at risk and ensured that in all future confrontations, Hamas will always use human shields as a propaganda ploy. There is only one answer to this and that is for an Israeli leadership to arise to announce that in all future confrontations no targets will be aborted and that human shields will henceforth be treated as enemy combatants.

Even during hostilities, Israel continued the insanity supplying the residents of Gaza with electricity, quality drinking water, goods and medical attention all of which aided the “Palestinians” to continue their war making effort. So called humanitarian gestures that again prolonged the war, thereby again putting Israeli lives at risk.

Then we have this same Prime Minister repeating the usual mantra that “Israel has the right to defend itself” to which I say of course it has. But by Israeli officials repeating this mantra ad nauseum, it only conveys the impression that they are begging for world approval to do just that. It is time this language ceased, not only by Israeli officials but by Diaspora leaders as well, as it clearly does not command respect but in fact contempt.

It is time for Israel to get up off its knees and do what needs to be done, such as:
In the event of any further hostilities, unleash the IDF.

It is also time for Israel to remind the world, especially those nations that threaten her repeatedly with annihilation, that it is a nuclear power that should not be messed with.

How Israel will ever deal effectively with external issues however without first getting its own house in order is beyond comprehension. A country with a “shambolic” electoral process that produces one useless coalition after the other is no longer an option.

It is for all the above reasons I say that for Israel to extricate itself from the pit it has dug itself into requires a leader with a spine who can explain the facts of life to a hostile world, who can advise this same world that the days of capitulation are over and put the nation on a 180 degree turnaround. Maybe this will require democracy, Israeli style, to be put on hold for a period of time.

The question is: Does this leader even exist? 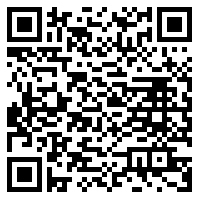