As Barack Obama passes into the next phase of his stellar evolution, as the protostar of the 2004 Democratic convention fades into the planetary nebula of 2017 and a very long retirement, phrases from his presidency that once rang in my ears grow dimmer by the day. To tell the truth, there’s not a lot of them. For a man with such a reputation for eloquence, he leaves behind little quotable material from his presidential years. Yes, generations from now schoolchildren will still be reciting “If you like your doctor . . .  ” And there’s “I’ve got a pen and I’ve got a phone.” And: “The election’s over. I won.” And also: “If you’ve got a business—you didn’t build that.” The rest is silence. Well, not silence. It’s plainly difficult for Obama to stop talking. He is a verbal man if not an eloquent one. The Obama utterance that sticks stubbornly in my mind at the moment is of very recent vintage. I made a point of listening to all the “exit interviews” Obama granted over the last several months. There was a lot of overlap, of course; one of the keys to a successful politician is the ability to say the same thing thousands of times without hanging yourself in the next Comfort Inn. But the interviews did serve as a quarry from which the president pieced together his farewell address. Together they present a notable self-portrait of the man and the people who love him. As the day of his departure neared he added a new riff to his repetitions, in an interview to two friendly reporters from the pro-Obama website Vox. (All the exit interviews were given to interviewers who, in their approach to the president, ranged from “sympathetic” to “bootlicking.”) One Vox reporter asked Obama a question about the Affordable Care Act. It was 12 minutes of monologue before the other reporter, like a man jumping onto a passing train, could ask another question. After 20 minutes the reporters had asked him a total of two questions. He was still talking.


And then, from this dog pile of verbiage, he drew a proposal that summarized much of what’s maddening about Obama’s performance as president.

“I’m saying to every Republican right now”—a steely gaze, a thrusting index finger—“‘if you can in fact put a plan together that is demonstrably better than what Obamacare is doing, I will publicly support repealing Obamacare and replacing it with your plan.’”

The Republicans could even call it TrumpCare if they wanted, the president said. It wasn’t about him! “I’d sign on to a Republican plan that would say, ‘We’re going to give more subsidies to people to make it even cheaper, and we’re going to have a public option.”

Here was the essence of Obama’s rhetorical style as chief executive: a feint toward common ground while pushing his opponents still further away. It was dramatic, delivered in an exasperated, put-up-or-shut-up tone. It was utterly insincere. It gave an impression of boldness where there was none. It limned a meaningless proposal to make him appear flexible and bipartisan while scoring a partisan point. And it displayed his sly understanding of how public policy should work. A “public option” in a national health-insurance program would bring us closer to the socialized medicine that Obamacare supposedly made unnecessary. And the way to make national health insurance “cheaper,” in the president’s view, is to make it cost more, by giving more people more subsidies.

The Vox audience, of course, lapped it up like hungry pups. One could just imagine the arguments spinning through the twittersphere and echoing down the halls of the Center for American Progress: Look, it’s very simple—Obama said he’s happy to repeal his own law if the Republicans find something that’s cheaper with more options . . .

By now Obama has refined his demagoguery so that it perfectly suits the modern partisan of the left—that is, a partisan who refuses to see himself as partisan. This isn’t the traditional populist demagoguery of William Jennings Bryan or even Lyndon Johnson, aimed at the unschooled, the unlucky, the desperate. This is demagoguery aimed at the well-to-do audience of Trevor Noah and Samantha Bee: the overschooled and undereducated, the self-certain and self-satisfied, who see ideological deviation as a moral lapse rather than a difference of opinion. It’s demagoguery with a graduate degree. It’s boob bait for pseuds.

Among whom are the readers of Vanity Fair, the celebrity slick that brought in Doris Kearns Goodwin to do an exit interview. To the editors, the choice of Goodwin must have been obvious: She, like most American writers, has written a book about Abraham Lincoln, and the parallels between the two presidents from Illinois have been a common theme for Obama’s partisans. When Goodwin asked him to comment on a Lincoln quote about personal ambition, the president feigned reluctance—“It’s always dangerous to amend the words of Abraham Lincoln”—before taking a header into what he evidently thought were deep waters.

“When you’re young,” he said, “ambitions are somewhat common—you want to prove yourself. It may grow out of different life experiences.” Some people—I’m greatly condensing the president’s word salad here, and you’re welcome—have an ambition to do one thing, some people to do another. But they all want to get ahead. “I do think that there is a youthful ambition that very much has to do with making your mark in the world,” Obama continued. “And I think that cuts across the experiences of a lot of people who end up achieving something significant in their field.”

At this point Goodwin could no longer contain herself. “Oh, well said, sir,” she cried through the clouds of vapor. “We can amend Lincoln.”

Most public men strive to please an audience. It has been Obama’s good fortune to surround himself with an audience that wants to please him. “Everybody likes to talk about how cool I was,” he said at the beginning of his chat with George Stephanopoulos, who tilted toward the “bootlicker” end of the spectrum. Later he drove the point home, without fear of contradiction: “People always talk about how cool I am.” To Doris Goodwin, however, he expressed a demurral: “I don’t buy the hype when everybody is saying how great I am.”

Just between us, I think he buys the hype. How could he not? He has been described, by the writer Michael Beschloss among others, as the “most intelligent man ever elected president.” Throughout his long exit, one jejune sentiment after another was greeted with solemn nods or giddiness from his interlocutors. As president, he visited the pyramids, he told one interviewer, and the thought occurred to him: Fame is fleeting. “Sometimes I carry with me that perspective,” he reflected. Our economy, he tells us, is more digitized than it was, and our news now lacks the traditional filters we once relied on, and the old ways of manufacturing are no longer relevant, and we can’t respond to technological change by sticking our head in the sand, and our country is undergoing big changes in terms of demography . . . and . . . and none dared point out that the smartest president in history has yet to make an observation that couldn’t be found in any back issue of the Economist.

“There is a big part of me that has a writer’s sensibility,” Obama said in one exit interview. “And so that’s how I think. That’s how I pursue truth. That’s how I hope to communicate truth to people.” Indeed, with his memoir, Dreams from My Father, 21 years ago, Obama proved he had a native gift for what words can do, how to use them intimately, to reveal layers of thought and feeling. This lends an almost tragic note to the self-debasement of these last years—the intellectual and verbal sloppiness that his adorers have let him get away with.

Then again, perhaps it was inevitable. He talked with Axelrod about his upbringing by a loving mother. “For all the ups and downs of our lives,” he said, “there wasn’t a moment that I didn’t feel as if I was special—that I was just this special gift to the world.” 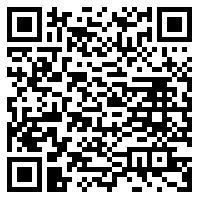