In yet another thoughtful essay, Ezra Epstein provides some insight into the phenomenon of the ‘gap year’. This is the year between Yeshiva high school and college that many modern Orthodox students spend in a Yeshiva in Israel. Ezra is one of those students. And as young as he is, he has the wisdom of someone much older.


(Charedi high school students do not share in this phenomenon. There is no ‘gap year’ since there is no college post high school for them. Instead they generally continue in American Yeshivas by learning full time. If and when they do eventually go to Israel, it is much later and to a Yeshiva unlike those attended by modern Orthodox high school students during their gap year.)

There are, Ezra says, 2 virtually opposite reasons that a student will want to study in Israel for their gap year:

One reason is that they are happy with their upbringing, which comprises their home, school and community, and would love to take a break from their current environment to join their brothers and sisters in the Jewish homeland to continue their education, learn more Torah and begin to build an independent, adult life.  The second reason, which I described in my last article, is that they are not satisfied with their upbringing, which has left them with a bad taste in their mouths, so they turn to the Jewish gap year to satisfy their desperate need for a totally new and fresh perspective on Judaism or, as my friends and I call it, “religious rehab.”

These differences cannot be overlooked. I have to wonder what the percentage of modern Orthodox students fall into each category. And what the impact is on each type. Can an eventual outcome be predicted based on these differences? Although there is no guarantee, I have to believe that if one belongs to the latter group, there is a far greater danger of eventually becoming a skeptic and totally non observant.

The question is whether the ‘bad taste’ about Judaism they bought with them can be overcome  by a ‘religious rehab’.  My guess is that some minds can be changed. But I believe that in some cases (how many – I don’t know) these students are just playing along until they get back and continue their adult lives in a university campus setting that will be more appealing to them. And perhaps be lost to observance forever.

There is another aspect of this phenomenon that should not be overlooked. The extent to which Mechanchim (religious educators) push students to go to Israel for the gap year and which Yeshivas they direct them to. And push they do. Very hard!

As one might expect, Mechanchim in many modern Orhtodox Yeshivas are Charedi. That’s either because Chinuch is where many of them want to be. Or because their career choices are more limited since many (perhaps even most) never attend college themselves. The Modern Orthodox world tends towards the more financially lucrative careers outside of Chinuch which is what a college education gives them a better chance at.

There are of course modern Orthodox Mechanchim. But I think it is safe to say that you will find that many modern Orthodox schools have teachers that are personally Charedi even as they are required to teach the Hashkafa of the school. Or at least not disparage it. But it is almost impossible to hide where you are coming from to your students. And when it comes to the gap year, they influence their students which Yeshiva in Israel to attend.

There are plenty of Yeshivos in Israel that recruit modern Orthodox students. But they are far from modern Orthodox themselves. Once there the modern Orthodox student begins an indoctrination that in many if not most cases turns them into Charedim.  They do it subtly but over time, a student from a modern Orhtodox background will come to reject the Hashkafos of his home. Especially if he comes from that first group Ezra described.

The high school Mechanchim consider this ‘conversion’ to be a success. These young people whose minds were filled with the mush of modern Orthodoxy are now Bnei Torah. Which only someone with Charedi Hashshkafos can aspire to be.

But for sincere Modern Orthodox parents who wanted their children to grow in their Judaism, by sending them to Israel, it is often a shock. They wanted the growth. But they did not want it to grow into are rejection of the values with which they had raised their child.

Why do these young people buy into the Charedi version of Judaism during their gap year? I believe it is because they have been influenced by a charismatic Rebbi in Israel in the Yeshiva they attend.  Buying into the arguments against modern Orthodoxy those Rebbeim have been making all year. Arguments that capitalize on the feeling a certain type of student brings with him. In describing the motivation of one students like this, Ezra put it this way:

(H)is biggest fear (was) believing… that it would force him to “drop everything and become Charedi.” He feels that the environment he was raised in at home is not genuine, so much so that it only leaves him with one option.

I am not saying this happens in every case. Perhaps not even in most cases. But it happens a lot. I see it all the time.

What about Yeshivas in Israel that have a Modern Orthodox perspective? From what I know of them (and I could be wrong) they tend towards the left wing fringe of modern Orthodoxy. That is not the answer for Centrists like me.  And as most people know by now, I believe it is Centrism – and not the far left – that will be the future of a viable modern Orthodoxy – if it will continue to exist at all! If it does – it will coexist with the moderate Charedi world.

I’m not sure where this will all lead. But one thing seems certain. The Charedi influence is pervasive. Which in my view means that modern Orthodox schools need to do a better job teaching their students (and perhaps even the parent body of those schools) what the Modern Orthodoxy Hashkafa is all about; that it is as valid as the Charedi Hashkafa; and explain why that is true. If we can’t do that, modern Orthodoxy is doomed. 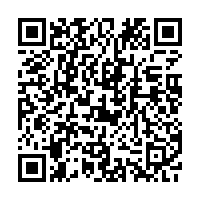