Some prominent Jewish proponents of the decades-long peace process between Israelis and Palestinians now claim that Palestinian Authority (PA) President Mahmoud Abbas’s controversial speech on Jan. 14 disqualifies him as a negotiating partner, while other dovish Jewish leaders are accusing the Trump administration of provoking the Palestinian leader.

In a two-hour address to the Palestinian Central Council, Abbas called Israel “a colonialist enterprise that has nothing to do with Judaism.” He also claimed Jews from Arab countries did not want to come to Israel when the state was established, but were forced to do so by Prime Minister David Ben-Gurion.

The PA leader also said he “categorically rejects” American and Israeli appeals to stop paying salaries to imprisoned terrorists and the families of dead terrorists. “We are proud of them, and we will pay them before we pay the living,” Abbas vowed. Regarding the use of violence against Israel, Abbas said he himself would not declare war on Israel, then added, “If you have weapons, go ahead; I’m with you, and I will help you. Anyone who has weapons can go ahead.”

The Israel Policy Forum (IPF), a leading dovish group, declared that Abbas’s “unhinged screed” makes it “impossible to view Abbas as a viable negotiating partner, when he continues to deny the right of the Jewish people to their own national movement and when he continues to insist that the basic recognition of a Jewish homeland is the original sin of the Israeli-Palestinian conflict.”

IPF was established by Israel’s Labor party following the country’s 1992 elections as a support group for what later became the Oslo Accords.

Rabbi Eric Yoffie, a longtime peace activist and former president of the Union for Reform Judaism (URJ), told JNS that while he still wants the international community “to keep the possibility of a two-state solution alive,” Abbas’s statements “were outrageous, ignorant and insulting to Jews and civilized people everywhere,” and demonstrate “that progress on the peace front is not possible at the moment.”

Jane Eisner, editor in chief of The Forward and a strong proponent of Palestinian statehood, blasted Abbas in a Jan. 17 editorial. Regarding Abbas’s claims about Israel’s nature and its founding, Eisner wrote, “If Abbas really thinks that is what happened, then he has no business pretending to be a partner for peace. And if he is repeating ugly rhetoric only to please his ever-thinning crowds, then such irresponsibility also disqualifies him.”

Investigative journalist and author Gary Weiss, a former activist in the New Israel Fund, told JNS, “I do not agree that [President Donald] Trump is to blame. That’s absurd. While I disagree with Trump on a great many things, he is simply speaking the truth on Jerusalem. If that causes Abbas to go bananas, that’s a reflection on Abbas, not Trump.”

Weiss was alluding to a statement issued by J Street, which claimed that Abbas’s statements “would not have come about if it were not for” the Trump administration’s appointment of David Friedman as U.S. ambassador to Israel, its refusal to endorse the creation of a Palestinian state and its recognition of Jerusalem as Israel’s capital.

The J Street statement said that while there is “no excuse” for what Abbas said, his remarks reflected his “frustration” and his “deep despair” over American policy. J Street contended that the U.S. government, not Abbas, “bears full responsibility for bringing us to the tragic juncture we’ve reached today.”

But some J Street supporters are taking different positions. Rabbi Charles A. Kroloff, a member of the J Street Rabbinic Cabinet and vice president for special projects at Hebrew Union College, said that while he hopes “Israeli-Palestinian discussions and cooperation” will continue, Abbas’s statement was “a despicable expression of hatred for Israel and for Jews and a disgusting statement of support for terrorists and their families.” As a result, “he has effectively removed himself near-term as a player in future negotiations,” said Kroloff.

Rabbi Andrew Paley, a veteran peace process backer who is involved with the J Street chapter in Dallas, told JNS, “For Abbas to blame Trump is just the most recent iteration of blaming everyone else for a situation on which he could have acted. To suggest that President Trump’s comments are to blame for what Abbas says just plain misses the point. Abbas was never a real negotiating partner, and [Israeli Prime Minister Benjamin] Netanyahu couldn’t really move the process forward with such a tenuous state of the coalition.”

In contrast, Paul Scham, president of Partners for Progressive Israel (PPI), told JNS his group supports the J Street statement, because while “we condemn Abbas’s statement and the various untruths in it, Israel has no option other than making peace with the Palestinians.”

Americans for Peace Now (APN) agrees with J Street and PPI. APN President Debra DeLee said in a statement that while her group “condemns the offensive language that Abbas used and particularly the unacceptable conspiracy theories that he repeated,” the remarks were “the result of Trump’s miscalculation” regarding Israel and the Palestinians.

In an interview with JNS, APN spokesman Ori Nir said that Abbas was being “sarcastic” when he said, “If you have weapons, go ahead; I’m with you, and I will help you.” In Nir’s view, that “definitely [was] not a call for armed struggle against Israel.”

APN’s former president, Letty Cottin Pogrebin, told JNS that Israel’s policies toward the Palestinians, followed by “the final, humiliating blow” of U.S. recognition of Jerusalem, were what caused Abbas to “suddenly crack and sound as crazy as Trump.” She urged American Jews to “put ourselves in the shoes of the Palestinians” and “understand the rage that motivates their statements and actions.” 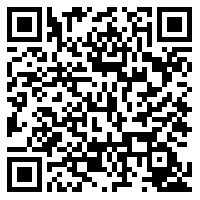