The international terrorist group Al Qaeda in the Arabian Peninsula (AQAP) has called for attacks on Jews and Americans “everywhere” in a new video entitled “Our Duty to Our Quds” released Monday, following the U.S. recognition of Jerusalem as the capital of Israel.

AQAP official Khalid bin Umar Batarfi is featured in the video, released via Al Malahim media, saying the “…. greatest responsibility lies upon the Muslims in America and the Western countries in the world.”


The release coincided with U.S. Vice President Mike Pence’s speech to Israeli lawmakers at the Knesset in Jerusalem on Monday, announcing an updated plan to relocate the U.S. Embassy from Tel Aviv to the capital by the end of 2019.

Abu Khattab al Awlaqi, the emir for AQAP’s terrorist stronghold in Shabwah Governorate was killed in the strike along with two of his AQAP associates.

Al Awlaqi was a senior leader responsible for planning and conducting terrorist attacks against civilians with significant influence throughout AQAP’s terrorist stronghold along with ties and access to the group’s other senior leaders as well.

Al Qaeda was the group from which the Islamic State terrorist organization eventually broke off. 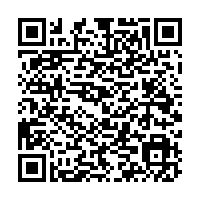