J Street has come out with an ad in The New York Times advocating for peace talks, more specifically advocating for “a new proposal for two-state negotiations” by none other than Mahmoud Abbas.

Based on the picture used to illustrate the rest of the ad, J Street is making a not too subtle point:

The J Street ad even makes the point of listing all the people who support a two-state solution:

o   US presidents from both parties

o  The majority of the Israeli security establishment

That leaves out just 2 groups: the Israelis and Arabs themselves.

J Street does actually claim support for the two-state solution by both Israelis and Palestinians:

Reaching a two-state solution is vital to securing Israel’s future as a democratic homeland for the Jewish people and to advancing overall peace and stability in the region. That’s why it’s long been supported by the majority of Israelis and Palestinians… [emphasis added]

To put it simply, the people who are going to have to live with this “solution” are not really in favor of it.

On the other hand, what about the people who are in favor of it? The presidents and policy leaders have successfully proven themselves far from infallible. The Jewish Americans may find the idea of a two-state solution emotionally satisfying, but that is no argument – especially since they need not worry about the consequences. The Arab League? Who knows if their motivation is because they believe the plan will work. As for the Israeli security establishment, their recommendation cannot be rejected out of hand but requires explanation: are they arguing abstractly on the basis of peace being the best kind of security, or do they anticipate specific conditions being fulfilled for that peace to be effective and lasting?

And that brings us to Abbas.

Looking at the record of the man J Street insists is the only man who is pushing for peace, it is clear that J Streets omission of Abbas’s spotty record in peace negotiations slants the story.

In 2008, then-Prime Minister Olmert made an offer to Abbas. Years later, in 2015, Abbas admitted he was the one who rejected Olmert’s peace plan, an agreement that would have given him nearly all of the land the Palestinian Arabs wanted, an almost total withdrawal from the West Bank, a land link to Gaza, with the Old City in East Jerusalem under international control. Abbas rejected the offer, claiming he was not given an opportunity to study the map that described Israel’s offer. Olmert’s version is a little different. He says he showed the map to Abbas, who wanted to take it with him. Olmert agreed – on the condition that they both sign the map since Olmert considered this as the final offer and not a basis for future negotiations. Abbas demurred and instead said he would return the next day with experts. Olmert never saw Abbas again.

In 2009, Washington Post columnist Jackson Diehl described Abbas’s self-described waiting game. Abbas told Diehl his only role was to wait. He would wait for Obama to force Netanyahu to freeze settlements and publicly accept the two-state solution. Abbas basically waited during the 8 years of the Obama administration.

In late 2009, Netanyahu agreed to Obama’s request for a 10-month moratorium on building settlements in order to facilitate peace talks. Abbas waited and did nothing until the last month, at which point he demanded an extension of the freeze. When Netanyahu refused, Abbas walked out.

Then came the peace talks in 2013-2014, http://www.thetower.org/0249-graphic-timeline-of-collapsed-peace-talks/as outlined in this infographic from The Israel Project:

Abbas did nothing to support the negotiations, instead failing to condemn a terrorist attack and announcing a unity government with Hamas terrorists.

Now, on February 25, J Street came out with the strangely named post “The Palestinian Peace Plan” — strangely named because there is no description of the plan. Instead, part of J Street’s argument for the plan is an admission of just how bad a peace partner Abbas actually is:

Let’s be clear: We have no illusions that Mahmoud Abbas is the ideal partner. His rhetoric is at times incendiary, and his frequent refusal to acknowledge the Jewish people’s historic connection to Israel or Jerusalem is troubling. His hold on leadership is tenuous and his critics are legion.

Yet we know there will never be a Zionist sitting on the Palestinian side of the negotiating table — and there doesn’t need to be to reach a lasting agreement that will make Israel safer.

As Yitzhak Rabin said, “You don’t make peace with friends. You make it with very unsavory enemies.” [emphasis added]

While admitting the problems of Abbas as a peace partner, J Street leaves out:

o  He incites hatred against Israel, paying stipends to terrorists and naming stadiums after them

Even members of the Palestinian government don’t support real peace, and say this openly – in Arabic:

This is not an issue of being “unsavory”; the Palestinian government does not support the idea of peace, or even Jewish right to a state, to its own people. That is not unsavory, it is dishonest.

While J Street is quick to credit Abbas with suddenly coming forward with a peace initiative for the first time, it is worth noting that he was happy to sit back and wait during the Obama administration and never actively pushed for peace until the Trump administration, which put an end to coddling the Palestinian Arabs.

J Street appears happy to ignore the anti-Israel actions of Abbas and other members of the government.

This is the same J Street that once bragged, “Our No. 1 agenda item is to do whatever we can in Congress to act as the president’s blocking back.”

Apparently they are blocking for Abbas now. 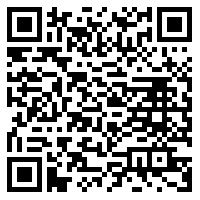