Earlier this year, a photo was released of Obama posing with Louis Farrakhan.


Farrakhan is the head of an anti-Semitic hate group, he has praised Hitler and warned that the Jews, “can’t say ‘Never Again’ to God, because when he puts you in the ovens, you’re there forever.”

Obama had frequently met with Al Sharpton, an anti-Semitic demagogue closely tied to two bloody anti-Semitic incidents, the Crown Heights pogrom and the Freddy’s Fashion Mart arson, who had taunted, “If the Jews want to get it on, tell them to pin their yarmulkes back and come over to my house.”

Sharpton then went on to become a DNC speaker and a progressive MSNBC host.

Obama had appeared at Sharpton’s hate group, whose official had chanted, “Don’t give the Jew a dime.”

The Democrats never questioned or challenged Obama’s affinity for anti-Semites.

At the Kavanaugh hearings, Senator Cory Booker quoted Stokely Carmichael, who had famously said, “The only good Zionist is a dead Zionist we must take a lesson from Hitler.”

Again, nothing from the Democrats.

The leaders of the Women’s March praised Farrakhan. Despite that, Senator Elizabeth Warren and Senator Kirsten Gillibrand spoke at a rally hosted by two activists who had praised the anti-Semitic figure.

Gillibrand was introduced by Linda Sarsour, who had praised Farrakhan and warned Muslims not to “humanize” Israeli Jews. Also there was Farrakhan fan Tamika Mallory, who had responded to Jewish outrage by tweeting, “If your leader does not have the same enemies as Jesus, they may not be THE leader!”

In California, the Democratic Socialists of America and Feel the Bern have refused to condemn, revoke their endorsement or stop fundraising for Maria Estrada, who had not only praised Farrakhan, but accused Jews of exploiting the Holocaust, and attacked a Jewish Democrat for not keeping “your party, your religion and your people in check.”

“Anyone who believes they are one of ‘God’s chosen people’ automatically feels superior and justified in all they do,” Maria Estrada had ranted.

The DSA’s embrace of Estrada is unsurprising. At the DSA’s 2017 convention, delegates had enthusiastically cheered mentions of British leftist Jeremy Corbyn, a deeply polarizing anti-Semitic figure. Also present was a representative from a French leftist party led by a Holocaust denier.

The Democrats choose not to condemn the DSA’s anti-Semitism issues even though its candidates like Alexandria Ocasio-Cortez and Julia Salazar, who had appropriated a Jewish identity to attack Jews, are rising through their ranks. And the Democrat media chooses to glamorize DSA figures instead of challenging their anti-Semitism.

The media doesn’t care about the normalization of Democrat anti-Semitism. Instead it decided that the one form of ‘anti-Semitism’ that it cared about was labeling critics of an anti-Semite as anti-Semitic.

Soros grew up in a “Jewish, anti-Semitic home”. He called his mother a “typical Jewish anti-Semite” who hated his first wife because she was “too Jewish”. He blamed Israel for anti-Semitism in Europe and argued that, “America and Israel must open the door to Hamas”.

“My understanding is that you went … went out, in fact, and helped in the confiscation of property from the Jews,” Steve Kroft asked Soros on 60 Minutes.

But Soros insisted that he felt no guilt whatsoever for his actions. “There was no sense that I shouldn’t be there, because that was well, actually, in a funny way, it’s just like in markets that if I weren’t there of course, I wasn’t doing it, but somebody else would.”

Soros described, what was a terrible time for most actual Jews as, “the most exciting time of my life.”

And he has defended anti-Semitism on the left, writing that, “The fact that constructive critics of Israel say things that, when taken out of context or paraphrased in provocative ways, can be made to sound similar to the comments of anti-Semites does not make them anti-Semitic.”

ThinkProgress, a Soros funded project, whose anti-Semitism had even been condemned by the Obama White House, claimed that Trump’s criticism of Soros was an “anti-Semitic conspiracy theory.”

At the Washington Post, Catherine Rampell whined that pointing out Soros’ funding of the left means that the Republicans are invoking everything from the Elders of Zion to Shylock. That’s a much more accurate description of some of Soros’ own history of blaming anti-Semitism on the Jews.

Worse still, Soros claimed that, “I also contribute to that image” of the idea that “Jews rule the world.”

It isn’t Soros’ critics who invoke anti-Semitic stereotypes by criticizing him. It’s George Soros doing it. Even when it comes to himself, Soros can’t stop excusing anti-Semitism by blaming it on the Jews.

George Soros is a sick and twisted human being. He also funds much of the left. And so the left is forced to defend him to defend itself. And it does this by attacking the critics of an anti-Semite as anti-Semitic.

This would be merely cynical if the left were actually opposed to anti-Semitism. But instead the left is mired in anti-Semitism, and it ignores the anti-Semitism all around it to try and silence critics of an anti-Semite by calling them anti-Semitic.

The only anti-Semitism that the left believes in its criticizing George Soros.

The media has shrugged off calls for the murder of Jews by Muslim clerics in California, North Carolina, New Jersey and Texas.

“Count them one by one, and kill them down to the very last one. Do not leave a single one on the face of the Earth,” an imam preaches in Jersey City.

The president of the mosque had been invited to the State of the Union by Senator Cory Booker.

It ignores the fact that the ongoing murder of Jews in Israel is being funded by American taxpayers.

Democrats continually denounce President Trump for refusing to fund the Palestinian Authority which boasts publicly that it “has killed 11,000 Israelis”.

The Obama administration sent billions of dollars in illegal shipments to Iran, an Islamic terror state that hosts Holocaust denial events and seeks to murder millions of Jews by developing nuclear weapons. It had previously supported the rise of violently anti-Semitic Muslim Brotherhood regimes in the region.

In 2013, a number of Senators met with the Egyptian Brotherhood’s President Morsi, who had previously been caught calling Jews the “descendants of apes and pigs”, mouthing along to a prayer to “destroy the Jews and their supporters”,  and calling on Egyptians to “nurse our children and our grandchildren on hatred” for the Jews. At the meeting, Morsi claimed that Jews run the media.

Despite that, Obama and Kerry continued to prop up his regime.

In 2014, Tunisian Islamist boss Rachid Ghannouchi was invited to Washington D.C. where he met with close Obama aide Ben Rhodes, Deputy Secretary of State William J. Burns and spoke at the Carnegie Endowment.

Ghannouchi had even endorsed the murder of Jewish children, saying, “There are no civilians in Israel. The population—males, females and children—are the army reserve soldiers, and thus can be killed.”

The Carnegie Endowment has received funding from the Soros network.

Sheikh Mouaz Alkhatib of the Muslim Brotherhood and the Syrian rebels, got an invite from the Obama administration to Washington D.C., despite having praised Saddam Hussein for “terrifying the Jews” and despite his website describing Jews as “Enemies of Allah”.

Biden and Kerry can both be seen meeting with Alkhatib.

If the left really opposes anti-Semitism, here are a few places to start in its own backyard. If it really wants to fight anti-Semitism, it should stop funding the murder and murderers of Jews. It should stop palling around with anti-Semites at home and abroad. It should call out Barack Obama, Cory Booker, the DSA, the Women’s March and every lefty personality and organization tainted by anti-Semitism.

The only time the left cares about anti-Semitism is when it’s defending a hater of Jews.

Major Retail Chains to Open in Defiance of Government Lockdown 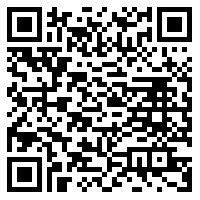