“If they do not stop the violent attacks against us, they will be stopped in a different way and it will be painful – very painful,” Netanyahu warned, adding, “We are very close to a different kind of activity, an activity that will include very powerful blows. If it has sense, Hamas will stop firing and stop these violent disturbances – now.”

Defense Minister Avigdor Liberman tweeted Saturday night that “as long as the violence in Gaza – including sending incendiary balloons and burning tires opposite Israeli towns – does not cease completely, we will not renew the provision of fuel and gas to Gaza.”

“This law needs to pass,” Netanyahu insisted. “The time has come to put it behind us. This is my position. This also needs to be the position of the government, for the good of the country, of the Haredi public, and for relations between the Haredi and the secular. Therefore, I call on the Council of Torah Sages, which is convening today, to make the right decision. This law is good for Israel.”

At the Knesset summer session, the coalition factions, with support from Yair Lapid’s Yesh Atid, passed the draft law as outlined by the Ministry of Defense, in an initial reading. United Torah Judaism and Shas opposed the bill, but later, Shas chairman Minister Aryeh Deri said that this is a good compromise bill, and that it is not worthwhile dismantle the coalition over it. 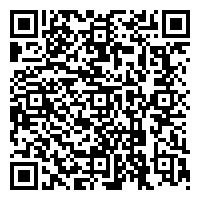