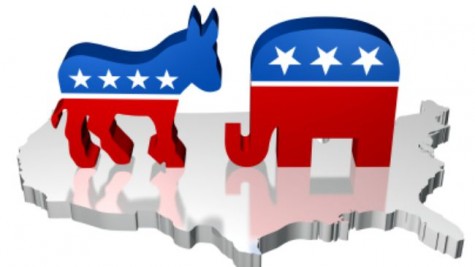 One of the issues in Tuesday’s midterm elections was the prominence of Democratic candidates who are anti-Israel, thus raising with it the question of Antisemitism. That latter issue was all the more prominent following the massacre of 11 Jews in Pittsburgh.

Perhaps with that in mind, Tablet Magazine concentrated on 8 candidates a week before the election in an article analyzing “eight candidates who have expressed blatantly anti-Semitic views, or who openly associate with anti-Semites.” Tablet focuses on 4 Republicans and 4 Democrats and followed up with a second post, reviewing how the 8 candidates faired.


Here are the candidates that Tablet selected:

Fitzgerald made the list because he is a Holocaust Denier:

“Everything we’ve been told about the Holocaust is a lie,” John Fitzgerald told the Hitler-glorifying radio host Andrew Carrington Hitchcock. “My entire campaign, for the most part, is about exposing this lie.”

Jones was put on the list for the same reason:

A frequent speaker at KKK and Aryan Nation events, Jones isn’t as layered and intricate as the other candidates on this list: He’s a neo-Nazi who openly celebrates Adolf Hitler, denies the Holocaust, and disapproves of Donald Trump because of the Jewish members of his family.

…Under pressure from J Street and other progressive organizations, Davis condemned Farrakhan. But it was forced and disingenuous—not least of all because he has in fact been defending Farrakhan and his acolytes since he was an alderman in Chicago

Carson is another supporter of Farrakhan:

Carson is reported to have attended multiple meetings with Farrakhan and has met with the Nation of Islam hate-group leader while in Congress. He also joined New York Rep. Gregory Meeks and current deputy Democratic National Committee chair Rep. Keith Ellison, then a congressman from Minnesota, at a 2013 dinner hosted by Iranian President Hassan Rouhani. Farrakhan was also present at that dinner.

Carson also joined Ellison in visiting Farrakhan at his hotel room, Farrakhan said in December 2016, and he appears to look forward to continuing his visits.

Tablet links King’s racism to his support for the mayor of Toronto:

His bigotry knows no borders, as evidenced by his endorsement of a virulent anti-Semite named Faith Goldy for mayor of Toronto…

In an April interview, she recommended For My Legionaries, a book by a Romanian fascist that repeatedly assails the alleged “parasitism of the Jews” and calls to combat “the Jewish menace.”

Epstein’s claim to the list lies not on what she said, but on what she did in addressing the massacre of Jews in Pittsburgh:

It was Lena Epstein who chose to invite a non-Jewish “messianic” rabbi to her campaign event outside Detroit on Monday to pray for the victims of Saturday’s massacre in Pittsburgh. She has since doubled down on defending that decision.

While referencing Omar’s comments about Israel, Tablet focuses on her tweet from 2012:

As a Minnesota state representative, Ilhan Omar was a fierce and consistent critic of Israel as well as an enthusiastic advocate of restoring America’s diplomatic ties with Iran. Neither of these positions is inherently anti-Semitic, and Omar enjoys the support of leading Democrats, including Sen. Chuck Schumer.

But in May, a conservative political writer from Minnesota resurfaced a noxious 2012 tweet of Omar’s:

The language here is of vital importance since the idea that Jews, or Jewish entities, control the world via mystical, dark powers is a staple of anti-Semitic conspiracy thought, as illustrated by these bigoted cartoons from different anti-Jewish sources in the last century:

…But, again, narrowly political positions about how to address the conflict between Israelis and Palestinians—including Tlaib’s—are not inherently anti-Semitic. But it is textbook anti-Semitism to attribute supernatural—and thus unseen, and consequently terrifying—powers to Jews or the Jewish state.

Cockburn is on the list because of her husband, an anti-Israel conspiracy theorist, whose book she co-authored:

Leslie Cockburn is the co-author, with her husband, the notorious Israel-hating British conspiracy theorist Andrew Cockburn, of Dangerous Liaison: The Inside Story of the U.S.-Israeli Covert Relationship.

The book accuses Jews of global power and influence, involved in everything evil that occurs in the world.

Bottom line we have:

1 Supporter of a Messianic Jew

How do you think each of them did?

Keep in mind that the selection of 8 candidates is itself a small pool and Tablet does not claim their list is exhaustive. Clearly, they wanted to show fairness and selected an equal number of Republicans and Democrats.

Also, one can question who was included in — and excluded from — the list.

For example, while the Republican party withdrew its support from Steve King in October, his racism seems more obvious than his Antisemitism. It is odd they can only prove his Antisemitism from his association with Goldy, who forms the bulk of Tablet’s proof of his Antisemitism, and not from his own consistent statements. But a racist is a racist.

Lena Epstein seems an odd choice among Holocaust Deniers and Farrakhan Supporters. The title of the Tablet article is “Citizens Must Know if Their Political Candidates Hold Hateful Views,” and adding Epstein to the list seems a bit of a stretch.

Tablet does add Ilhan Omar, who belongs on the list based on her tweet. They are careful to make the point that not all anti-Israel criticism is automatically Antisemitism – and of course, they are right. But it is a fine line, all the more so when they refer to the controversial Rashida Tlaib as an example of someone who is anti-Israel but not Antisemitic. Many will argue on applying that distinction to Tlaib.

Let’s get to the election results.

Trying to tie how each did in the election with their Antisemitism obviously requires a good deal of generalizing. We are not taking into account important factors such as their party, the state they campaigned in and obviously who their opponent was.

But maybe we can still tease out some patterns.

Some conclusions we can draw:

o  Farrakhan is still made of Teflon, and no matter how vicious his Antisemitic statements get, both he and those who praise and associate with him are immune from the consequences.

o  Being a White Supremacist may rankle, but apparently, if racist statements are not constant enough to make a negative impression, and they are made in the context of policy and politics – it is possible to get away with it.

o  I doubt that Epstein’s misstep was responsible for her loss – it was perceived more as a careless mistake and not as an actual attack or statement. Besides, people were more eager to blame Pence.

o  An Arab making anti-Israel statements gets a certain degree of Proteksia. People will bend over backward defending her right to attack Israel.

We can see what kind of politics are not trending.

But we can also see what politicians can get away with. 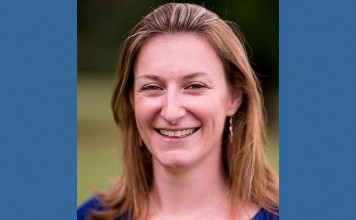 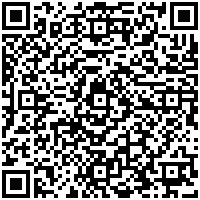