Israeli soldiers at the IDF Telem Base outside of Hebron gathered a few days ago to celebrate the completion of their new synagogue, donated by the Leo V. Berger Fund via the fund’s President Harvey Schwartz.

Joyous singing could be heard as they danced with the Torah scroll — until they all suddenly disappeared.


It happened in seconds — leaving the other celebrants baffled.

But an alarm had been sounded; there had been a stabbing attempt at the Cave of the Patriarchs (Me’arat Hamachpela) and the Telem base soldiers were the first ones to respond.

The visiting delegation was stunned. Just a few moments before, they had been privy to seeing a drill of exactly similar circumstances — and now they were experiencing the alert in real time; living proof that these young men and women are on call “24/7.”

The mission of the Telem Base soldiers is to ensure the safety and security of the neighboring communities and to safeguard major roads so travel can be safe and accessible to all. These are the first responders for any terror-related incidents that occur on the highways or in the surrounding communities.

In Israel, terrorism is not allowed to stop people from living their lives, and at Telem the same was true as well. The ceremony continued with the ribbon-cutting and the unveiling of the plaque in time to allow the synagogue to be used for the Mincha (afternoon) prayers.

The Leo V. Berger Fund, led by its Israel-based President Harvey Schwartz, recognized the spiritual needs of the soldiers, not just their physical prowess. The fund has already dedicated two synagogues (the other one being to an undercover anti-terror base) and numerous Sifrei Torah (Torah scrolls) to ensure that the spiritual well-being of Israel’s defenders is being taken care of.

These donations were made possible through the Warrior Torah project of the International Young Israel Movement (IYIM) which facilitates Sifrei Torah (many brought from synagogues from outside Israel) dedications to army, navy and air force bases, the dedication of synagogues on Magav (Border Guard Police) bases and the purchase of tefillin and mezuzot for bases.

In fact, both Sifrei Torah for the Telem base synagogue were donated via this project and dedicated by families from Boston, USA, and Melbourne, Australia.

“There is no greater honor than dedicating a synagogue on a military base in Israel. To watch these fighters who guard over Israel and her people 24/7, 365 days a year dance with the Sifrei Torah with their rifles hung over their backs proves to us that the Jewish nation is strong once again,” said Schwartz.

The celebration and dedication concluded with the distribution of sets of tefillin for the soldiers.

One of the most moving and humbling moments for all present, said Schwartz, was the dedication of one of these sets to the family of a fallen soldier from the base who was present at the ceremony. 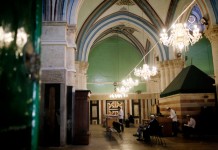 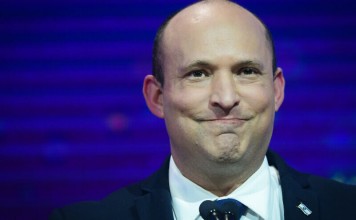 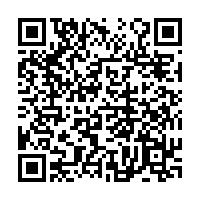