{Reposted with the author’s permission}

It is generally dangerous to predict the future, but in the case of the U.S. election a week from today and how its results will shape the Middle East – the future is quite clear. Joe Biden played an important role in shaping White House policy toward the region when he was Barak Obama’s vice president for eight years. Moreover, members of the Democratic Party like Ilhan Omar and Rashida Talib have a clear Middle East agenda, and if Biden retires during his term he will be replaced by Kamla Harris, who it seems clear will adopt this line of policy.


Barack Obama is likely to continue to make a significant impact on White House policy, and his involvement in Biden’s campaign on the eve of the election will oblige Biden to give him a position of influence in the White House. If Biden’s health deteriorates, Obama will most likely have an even more significant voice in executive government, in collaboration with Vice President Harris.

To understand the significance of this scenario for the Middle East, it is important to understand the background to recent developments in the region: All the peace and normalization agreements that the UAE, Bahrain and Sudan have signed with Israel were in stark contrast to the Iranian position. This was possible because Iran today is far weaker than it was four years ago, mostly due to the economic sanctions imposed on Tehran by the United States. As a result of these sanctions, the value of the Iranian currency has plummeted, and it is now worth a shred of its value in 2016.

Iran’s ability to influence other countries’ policies is much weaker and as a result, agreements have been signed between Israel, the UAE, Bahrain and Sudan, and negotiations have begun between Israel and Lebanon on making official a maritime border between them, as Lebanon – and Hezbollah – are desperate for gas revenues. In Syria and Iraq, countries where Iran has significantly controlled politics, there are voices calling for the recognition of Israel and normalization of relations with it.

All of these developments stem from Iran’s weakness, and this weakness stems directly from U.S. sanctions. The main policy shift expected from Biden in the Middle East is a change in Washington’s attitude toward Iran. He will likely reenter the United States in the 2015 nuclear deal, which will remove the economic sanctions imposed on Iran. As a result, Iran will return to the power it had until Trump’s victory, and it will once again undermine stability in any Arab country where it has influence.

Once the ayatollahs’ regime regains its economic capacity, it will pressure the Emirates and Bahrain to freeze their new relationship with Israel. One attack on an oil tanker carrying oil from the UAE or Bahrain will suffice to illustrate to these dissenters Iran’s dissatisfaction with their behavior, and they will understand the message well. All of the beautiful slogans proclaiming a “New Middle East”, “Age of Peace” and “Abrahamic Covenant” will evaporate in the hot air of the Gulf.

As for Israel, Biden is expected to return the Palestinian issue to the forefront after Trump pushed it to the sidelines, increasing pressuring Israel to refrain from applying sovereignty over parts of Judea and Samaria and establishing a Palestinian terrorist state on the mountains that dominate Israel’s geography. According to this agenda, the terrorist organization Hamas will be allowed to participate in elections, and thus gain international legitimacy.

If Biden is elected, the United States will likely withdraw the American recognition of Jerusalem as the capital of Israel and may even recognize East Jerusalem as the capital of Palestine, in stark contrast to fundamental Israeli law. Biden may even surprise Israel with the recognition of a Palestinian state covering all of Judea and Samaria. The American embassy will return to Tel Aviv, and the Palestinian Authority’s “embassy” will be reopened in Washington. Biden will cancel “The Deal of the Century” and return to the old and debunked paradigm, which stresses that Israel must found another terrorist state in Judea and Samaria under the auspices of the PLO terrorist organization as an opening to any agreement with any Arab state.

Due to Obama’s influence, Biden is expected to put pressure on Egyptian President Abdel Fattah a-Sisi to train the Muslim Brotherhood and allow it to operate in public and political spheres. Despite Egypt declaring it a “terrorist organization” and outlawed it due to it functioning as the ideological incubator of all Sunni terrorist organizations, from Hamas to Al Qaeda and ISIS.

Renewed relations between the U.S. and Iran will re-introduce among Saudis and their allies the feeling that the US is throwing them under the bus. This is because the resulting political situation will be that the three global powers – Russia, China and the United States – actually support Iran and its coalition (Iraq , Syria, Lebanon, Yemen, Qatar and Gaza) when there is not a single global power behind the Saudi coalition (UAE, Bahrain, Israel, Sudan, Egypt, Jordan and Morocco). This scenario is unbalanced and invites wars, bloodshed, suffering and waves of refugees.

And as far as refugees are concerned, it is important to remember: The giant wave of refugees that left the Middle East and flooded Europe in 2015 stemmed from one main reason: The nuclear agreement with Iran signed that year. Residents immediately understood the agreement’s ramifications; the power it would give Iran and its effects on the region. They understood and they fled. It is very possible that following Biden’s return to the White House, the United States’ return to the nuclear deal and the removal of sanctions from Iran, a new wave of migrants will wash over Europe and possibly North America as well.

In short, Joe Biden’s election will spell disaster for the Middle East. 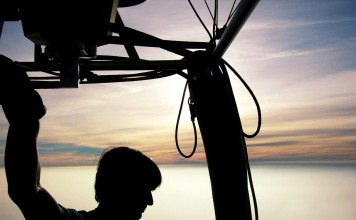 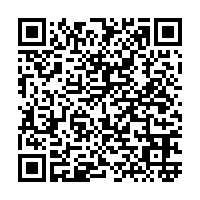