At least one person was killed, a police officer now fights for his life and several others were wounded as special police forces deployed in central Vienna Monday evening to grapple with an active shooter situation, according to multiple news outlets. The attack began near the Stadttempel synagogue, and there are reports that attacks took place in up to six locations.

Exclusive video of the shooting from the first moments of the attack in Vienna, Austria#Vienna @BittonRosen pic.twitter.com/BDDHIcnTBK


The Austrian Interior Ministry said the incident may be classified as a terrorist attack.

There were reports of a hostage situation at the Akakiko Restaurant, according to local sources.

News outlets reported phone messages were sent by Jewish community heads to their members, asking them to remove their kipas to avoid being targeted.

Video from Vienna: Bloody scene at restaurant near synagogue, may be kosher restaurant https://t.co/K3bB4CgWLI

It’s not clear how many perpetrators were involved in the incident. Some reports said one perpetrator detonated an explosive belt, but the reports were not confirmed and few others said they heard any large explosions.

The Kurier newspaper reported seven people were killed, including one police officer. More than one perpetrator is still at large, according to sources who spoke with news media.

Reporters said police confirmed a “large deployment” at the scene, but declined to explain why that was necessary.

At least 50 shots were fired; the Austrian news agency APA said one person was arrested, citing an Interior Ministry source.

Scenes from the shooting in Vienna. pic.twitter.com/VJiy7pRIOw

“There are several injured persons,” Vienna Police tweeted. “We are on site with all available forces. Please avoid all public squares in the city.”

Police officers who were stationed 24 hours a day near the entrance of the synagogue were wounded.

Several bursts of gunfire could be heard by people on the street, who began racing for cover. The Austrian public broadcaster, ORF, reported a large-scale police presence near the synagogue, located near the center of the city, close to the Danube River.

BREAKING: Active shooter at or near synagogue in Vienna, Austria; reports of casualties pic.twitter.com/GmNLJWl6i2

Sources within the Austrian Jewish community said none of the worshipers in the synagogue were hurt because the building was closed at the time of the attack.

HAPPENING NOW: Hunt for MULTIPLE armed suspects in #Vienna after mass shooting, reports of one of the shooters blowing themselves up with an explosive device. #Austria pic.twitter.com/MLAX0S0P4c 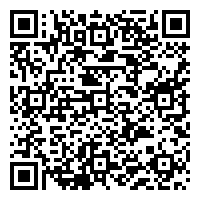