The recent Israeli elections have been raucous and until now inconclusive, but they represent the deeply divided views of their citizens, both Jews and Arabs (with a few others as well). They also reflect the complex parliamentary democracy with multiple parties and minimum thresholds that make it difficult to form a stable government. But considering the alternatives, Israel does pretty well , if reflecting the will of the people is the primary goal of elections.


I’m reminded of a dinner party conversation with then President Bill Clinton and a handful of guests. Benjamin Netanyahu had just been elected to his first term as Israel’s prime minister and one of guests was complaining that he was too conservative. I began to defend my old friend Bibi when Clinton said: “Let me take this.” He continued by describing the complex Israeli electoral system and then he said: “the only problem with Israel, is that it’s a democracy – damn it!” He explained that if he wanted Egypt or Jordan to take any actions, he could simply call the king or the president, because they are the decision-makers. But if he wants Israel to do something, and he calls the prime minister, the response is always “I have to check with the small cabinet, the big cabinet, the Knesset, and public opinion.” He then said “Israel is like our country in that way. No single person makes the important decisions.”

I then joined the conversation and reminded the guests that Israel had moved from the left to the right only after nearly a million refugees from the Soviet Union became citizens. Because of their experiences under Communism, they tended to vote against the left — as did most Cubans who emigrated to America from the Castro regime. Moreover, the percentage of very Orthodox Jews, who tend to vote for the right, has increased, because of different birth rates. I asked Netanyahu’s critic: “What would you do about these changing demographics?”

In a democracy, demographics matter. Citizens cannot be told for whom to vote. Perhaps the children of Soviet refugees may become more centrist, as some Cuban-Americans have, but at the moment these voters will continue to vote against the left and in favor of the right. Many fled the false promises and left-wing policies of South American dictators and want nothing more to do with them. Some of us may not like the outcome of recent elections, but we cannot interfere with the democratic process.

If I were to have the same conversation today, I would make the same points. Now, however, there is an added reason for why Israelis who used to vote for the left have moved rightward: Hamas rockets, Hezbollah tunnels, Palestinian terrorism, and the unwillingness of the Palestinian Authority to accept generous peace offers in 2000, 2001 and 2008.

Several other Western democracies have also tended to move rightward.

It is not enough to remind the world that most Arab and Muslim countries have anti-gay, anti-female and anti-freedom-of-religion policies. More must be said and done.

The same may be true of the United States. But only Israel is condemned, and threatened with delegitimization, because it is a democracy and its voters, for the understandable reasons above, have grown to distrust the left.

For many long-term Israel-bashers, the recent election merely provides a new excuse for an old bigotry. There are some moderate supporters of Israel, however, who have expressed legitimate concerns about extreme right-wingers who may become part of Israel’s new government. There are such extremists today in the United States Congress and in its governors’ mansions. But the Netanyahu government should do everything in its power to distance Israel, as a nation of all of its citizens, from any form of bigotry. Netanyahu has already begun to do this, but it will be a difficult task, because centrist parties have refused to join his government, thus requiring him to make alliances with people and groups with whom he would prefer not to deal.

But politics is the art of the possible, and if Netanyahu is to govern effectively, he must strike an appropriate balance. That balance cannot include tolerance of racism, homophobia or other forms of bigotry. If anyone can pull off this difficult task, it is the longest serving prime minister in Israel’s history. 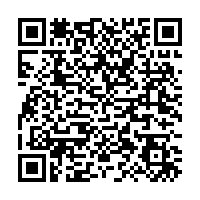