According to Page Six, comedian Dave Chappelle did not reveal to Saturday Night Live creator/producer Lorne Michaels, who is Jewish, the opening monologue he was about to deliver last Saturday, and delivered a fake version during the dress rehearsal (See: New Poll: Dave Chappelle’s SNL Monologue was…).

A source inside the show told Page Six: “Dave does a fake monologue during the dress rehearsal because he doesn’t want Lorne Michaels, or anyone else, to know what his real monologue is.”

According to the source, Chappelle’s fake monologue was about a writer who refused to work with him on the show because of the comedian’s homophobic material.

Lorne David Lipowitz, a.k.a. Lorne Michaels, 78, was born either in Toronto, Canada or on a kibbutz in British Palestine and his parents uprooted him in infancy and took him to Canada––depending on which biography you read.

Jewish-Israeli rights activist Rudy Rochman tweeted that “Dave Chappelle’s SNL skit was a meticulous and calculated move to desensitize the population from antisemitism, getting society to laugh at Jewish traumas/struggles, and normalizing historic tropes by manipulating the average person’s pain and redirecting their reactions onto Jews.”

He added in a string of tweets: “This is one of the earlier steps, but once this stage is complete the attacks evolve from verbal to physical, then from individual to institutional, and because most will already be desensitized, the world will watch and do nothing. Wake up. Wake up. Wake up.

“Now if we take a step back, the metaphysical root of this irrational and illogical hatred and age-old rejection of the Jewish People has always stemmed not only from the Nation of Israel having the potential to, but also having ‘chosen’ the responsibility to heal this world.

“I know many don’t want to face that responsibility and want to believe the world will come running to save the Jews or that we can just blend in and be like everyone else, but we can’t.

“Jews ‘chose’ to accept the responsibility and mission statement of “Tikkun Olam” and to be “or la goyim” – which means to be a light on to others and to heal every problem in this world. If the world was a body, what organ or function would play that role? The immune system.

“Other nations can also choose to serve this function. But in the meantime, we ‘chose’ this role and if we do not access our potential, the world will blame us for all problems that exist. Not because we created them, but because we chose the responsibility to prevent them and failed.

“If one chooses to be a heart doctor and is the only doc in sight when someone has a heart attack, and they just watch it happen. It’s not the Doc that killed the patient, but because they could have saved a life, the witnesses and families will externalize their pain on the doc.

“This is the equation, whether we like it or not. The only question is what will we plug in, not what will the outcome be. This generation must rise now or the next one will rise from our ashes.” 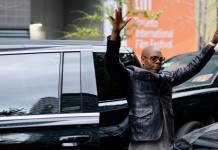 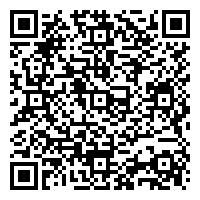