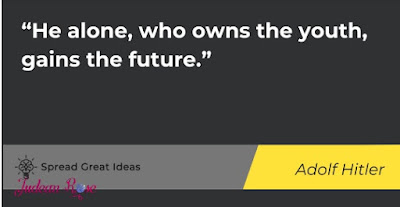 I have watched the organization I work for, a high-profile Jewish nonprofit*, face a daily onslaught of vicious antisemitic comments since I began there as a writer in 2013, way before Ye burst on the scene as the hateful antisemite he is. The comments imply that our donation program discriminates against children not of the Jewish faith: “Don’t give them your cars, they only help Jewish kids.”

Well, and what of it? We aren’t trying to hide anything. We are a Jewish organization providing educational services to Jewish children and their families. Would you similarly accuse Catholic Charities of discrimination for providing services only to Catholics?


No. Of course not. It’s only Jews you hate.

But we say none of this to the haters. We don’t answer their insults and their comments. Because it is pointless. Hate isn’t rational or fair. It is only endless.

This week, that hate took a creative turn.

As editor of our parenting hub, I receive a lot of pitches from writers and others hoping I’ll link to their websites, articles, infographics and the like, in content we already have up on the website. It’s not our practice to do so, but in general, if the pitch is good, I’ll take a look and see if there’s another way we can collaborate. “Dave C” of “Spread Great Ideas” sent me just such a pitch. The subject line of the pitch was “Varda – How does self-education benefit you.”

The pitch read as follows:

Perhaps one of the only positive changes to come from the Covid pandemic is the increase in families choosing to homeschool. Certainly, many made this choice to avoid being exposed to illness but some chose homeschooling because they finally realized that public school is little more than indoctrination and often times does not provide a useful education for their children.

For so many, public school is their only option but this does not mean they are restricted to learning only what is assigned in school. Graduating from high school does not mean that you must quit learning.

Self-education takes both great discipline and a thirst for knowledge but will always give positive returns. Whether you are seeking out the Classics, choosing to learn a new language, or simply seeking out DIY videos on Youtube on how to install a garage door, lifelong learning helps keep your brain sharp and can provide you with useful skills you were unable to learn in school.

That’s why we curated a list of quotes on lifelong learning from great minds like Einstein, Beethoven, and Chomsky.

You can check them out here: https://spreadgreatideas.org/quotes/education-lifelong-learning-quotes/.

If you enjoy our article, would you mind adding a link to your page: https://parenting.kars4kids.org/homeschooling-what-you-need-to-know/? I think it’s something your readers would find interesting and maybe even find inspirational.

If it’s not a good fit, no worries! I hope you enjoy reading it, regardless. 🙂

Other than the Chomsky reference, there was nothing here to tip me off that the website Dave was asking me to link to contained antisemitic material. Replete with quotes from such “great minds” as Marx, Stalin, Bernhard Rust, and Hitler, “Spread Great Ideas” appeared to be not so much about spreading great ideas as naked hate. I’d been led here by deceit. It was an educational website only in that its purpose is to reeducate the public to hate me and my people, along with all the children and families helped by the organization that employs me. 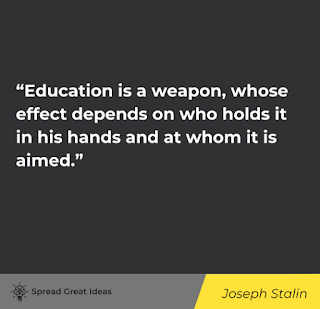 What hit me hardest was the deception. I’d been led to expect something of value, and instead, came under attack because of my identity as a Jew. The bigger issue, of course, is the attack on my employer. Imagine if I had added that link to the homeschooling piece on our parenting website without checking to see where it led—site unseen, so to speak. The potential for damage here was enormous. All because Dave, you see, hates Jews.

Dave chose to trick us, to dupe us and yank our institutional chain because we’re Jewish. He hates that. He hates us.

He hates us because we’re Jewish and because in addition to towing your cars away for free, we provide Jewish education to Jewish children and their Jewish families. 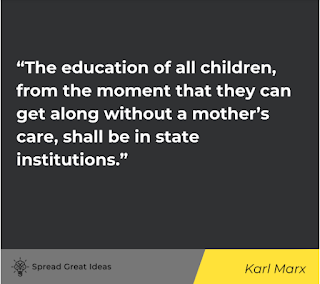 Is this what you want to teach your children?

The hate sent my way by Dave C is the same hate that translated to Jews being burned at the stake in Spain—the same hate that sent millions to the gas chambers in Poland. Jew-hate travels far and wide and takes many guises. In the case of Dave C, the hate came cloaked in subterfuge.

Dave couldn’t just say how much he hates me and the organization I work for. He didn’t have the guts. So he used artifice and deceit to get our attention. 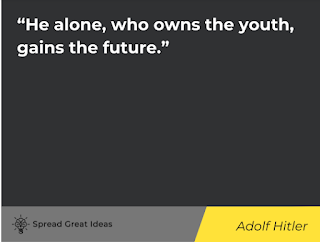 You know what’s not a great idea?  Sharing Hitler quotes and calling it “educational.”

Ye, at least, has no compunction in telling the Jews how much he hates them. That of course, is in part because he is bipolar and off his meds. But it’s also because he has the courage of his convictions. Ye really, really hates Jews. 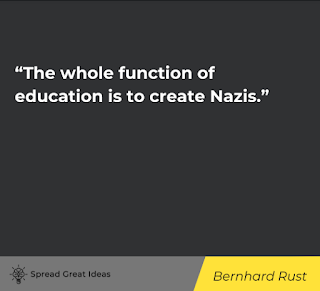 In comparison with Ye, Dave C is a mere dabbler in the art of antisemitic hate. He hasn’t risked billions in business deals, hasn’t ruined his reputation for the sake of letting that hatred all hang out. Dave C hides behind his keyboard, a coward. He’s no one and apparently has no life. The thrill of Dave’s day is to think he has ruffled the feathers of an employee at a Jewish organization providing educational services to Jewish children.

Little does Dave realize that one day, he and Ye will be gone, but the Jewish people will still be here, alive and kicking as they have been for thousands of years. We’ll still be here in large part because Jews invest in the education of their children, supporting initiatives like those of the charity I work for. Rather than attack my employer, if Dave and Ye had any brains, they’d put their energies to better use and follow suit, investing in the education and future of their children instead of spouting hate.

*Disclaimer: The opinions and views expressed here are my own, and do not purport to reflect the opinions or views of my employer. 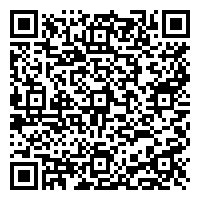