People seek fame by many means. Some make positive contributions and some seek to tear others down.

Seth Farber belongs in the latter category. He has apparently chosen to be the “enlightened” voice of Orthodoxy by undermining the legitimacy of existing Orthodox institutions, particularly the Chief Rabbinate of Israel. And so, last week he caused a huge chillul Hashem by slandering the Chief Rabbinate in an op-ed for the New York Times, giving its large readership of non-Orthodox Jews and non-Jews a maliciously false and negative impression of that institution.

After “valiantly” stating, “I am an Orthodox rabbi dedicating my life to breaking the ultra-Orthodox monopoly over Jewish life in Israel,” Farber sets out a laundry list of complaints that actually have little to do with the Chief Rabbinate or the so-called ultra-Orthodox.

Briefly, his complaints are as follows:

1) Israeli police recently questioned a Conservative rabbi early in the morning for trying to perform a marriage.

3) Israeli law forbids same-sex couples from having a child using a surrogate.

4) A new law would give the Chief Rabbinate “unprecedented power” over conversions.

Let’s tackle these one at a time.

1) The reason the Conservative rabbi was questioned was because he was about to perform a marriage of someone who was considered a “mamzer,” a grave matter that could have led to severe problems. He was picked up early in the morning because that is standard operating procedure in Israel.

3) There are many reasons why a sensible person would oppose bringing a child into this world without a mother and a father. This matter has nothing to do with religious “coercion,” the Chief Rabbinate, or the ultra-Orthodox

4) The “Who is a Jew?” question is an old one. Nothing new is happening other than the Orthodox population trying to maintain the decades-old status quo whereby conversions must be halachic to be legally recognized.

The Chief Rabbinate is valiantly trying to hold the line so that Israel does not experience the problems that plague the rest of the Jewish world. When I was a rabbi in the United States, a young woman once asked me to perform her wedding. Turns out that although her father was Jewish, her mother had a Reform conversion, which made her halachically not Jewish. Her sister meanwhile was born from a mother who married her father without having gotten a proper get. In other words, she was possibly a mamzeret.

The Chief Rabbinate is determined to keep such problems out of Israel. And this institution, despite Seth Farber’s calumnies, is actually not ultra-Orthodox in nature. Very few charedim rely on the its hechsher for food, preferring their own hashgachot. Very few, if any, charedim look to the it for psak halacha or spiritual guidance. In fact, in the more extreme ultra-Orthodox circles, the Chief Rabbinate is unfortunately vilified – even worse than it is by Farber – for being too Zionist and too lenient.

However, most ultra-Orthodox Jews would agree that the Chief Rabbinate plays a vital role in maintaining at least minimum standards in Israel. They ensure that – at least – the lowest level of kashrut is maintained in the food industry. They ensure that the Jewish status of the country’s Jews is clear – unlike the chaos that exists elsewhere in the world. And they ensure that those who wish to join the Jewish people through conversion make at least a minimally serious commitment to observe halacha.

Why does the Chief Rabbinate (thankfully) have the power it does? It is a legacy of pre-state Turkish legal norms that placed personal status matters in the hands of a religious authority.   Thus, in Israel today, marriages between Muslims are handled by the Waqf, between Christians by the Church, and between Jews by the Chief Rabbinate. No power grab occurred. The situation today is merely a continuation of the status quo.

Meanwhile, what the Farbers of the world are trying to do is break down this authority by playing to the emotions of people unaware of lies they are being fed. Farber claims to be an Orthodox rabbi, yet he is effectively advocating for the acceptance of Reform and Conservative Judaism. He claims to be fighting the ultra-Orthodox, but he is really attacking all Torah-true Jews – right, left, and center – including Modern Orthodox and Religious Zionist.

We in the Orthodox camp – of all stripes – need to counter this falsehood and support the efforts of the Chief Rabbinate and the very worthy current chief rabbis. 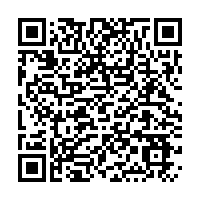