But Israel denied the report, with the high-level ministerial Security Cabinet issuing instructions to the IDF Thursday night after a four-hour meeting.

“The Ministerial Committee on National Security Affairs has directed the IDF to continue taking strong action against the terrorist elements,” the security cabinet said in a statement to media.

IDF foreign media spokesperson Lt. Col. Jonathan Conricus, was quoted by the English-language Ynet site as saying Israel had “ground troops that are ready to deploy. We are reinforcing the southern command and Gaza division.” He declined to comment on reports that troops were preparing for a possible ground operation.

Earlier in the day, Israel had allegedly warned mediators that if before 4 pm on Thursday the rocket attacks from Gaza did not stop, a “large-scale military operation against Hamas” would begin, according to Hadashot 2 television news.

Hamas countered with a warning that if Israeli attacks in Gaza did not cease, the radius of rocket attacks would be expanded.

By 6 pm Thursday, both events did indeed take place.

Israeli fighter pilots bombed and destroyed the five-story Hamas Internal Security Headquarters building in northern Gaza after a day of continued rocket fire. Hamas ramped up the range of its attacks with a few longer-range Qassams fired at the central Negev city of Be’er Sheva and its surrounding towns and villages, including a number of Israeli Bedouin communities.

However, the rocket fire had considerably died down by 10 pm, and after that time, it was quiet in southern Israel — at least, up to the filing of this report at 2:00 am Friday.

Whether in fact a ceasefire has begun, and how long it might last, is anyone’s guess. 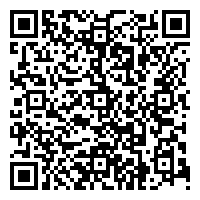