Have you ever forgotten an anniversary?

If you did, you probably didn’t forget another one any time soon.  Anniversaries are not merely excuses to give and get presents. They honor milestones, celebrate shared history, and provide a sense of renewed commitment to our most meaningful relationships.


This is true personally, religiously, and nationally.  Can you imagine even a casual Christian forgetting Christmas or Easter?  A Moslem forgetting Ramadan?  An American neglecting the 4th of July or a Frenchman ignoring Bastille Day?

Among Jews, even the most secularized typically cling to some vestige of historical tradition.  If nothing else, they still reenact the Exodus from Egypt on Passover, fast on Yom Kippur, or kindle the menorah lights on Chanukah.

What is remarkable, however, is how many overlook the most significant Jewish holiday of the year.

50 days after departing from Egypt, between 2 and 3 million Jews stood at the foot of Sinai and received the fundamental principles of moral law – the Ten Commandments, the most concise and influential summary of legal and moral axioms the world has ever known.

That event is commemorated each year on the sixth day of the Hebrew month of Sivan with the holiday of Shavuos, the Festival of Weeks.

The sages compare Passover to the Jewish people’s betrothal to the Almighty, and Shavuos to the wedding ceremony itself.  But revelation at Sinai was not merely about the Jews.  It was about the elevation of mankind toward the highest ideals of moral and spiritual refinement.  It was history’s most singular moment in the advancement of human society.

Without the influence of Jewish values and tradition, writes historian Thomas Cahill,

The Ten Commandments – literally, in Hebrew, the Ten Statements – do more than establish the principles of right and wrong that support civil society.  They teach us that morality is not a product of human logic or intuition but is founded on absolute truths as immutable as the laws of nature that govern the physical universe.  Even the most self-evident rules — like don’t murder and don’t steal — do not derive from human conscience but establish the underpinnings of ethical awareness and sensitivity that keep our collective conscience well-tuned and accurately aligned.

Oddly enough, the gentile world has retained a deeper appreciation of Jewish cultural influence than much of the Jewish community.  Historian Paul Johnson echoed sentiments expressed by John Adams, Leo Tolstoy, Mark Twain, and Winston Churchill when he wrote,

To [the Jews] we owe the ideas of equality before the law, both divine and human; of the sanctity of life and the dignity of the human person; of the individual conscience, and so of personal redemption; of the collective conscience, and so of social responsibility; of peace as an abstract ideal, and love as the foundation of justice; and many other items which constitute the basic moral furniture of the human mind.

The Jews did not invent these principles; they are merely the messengers.  And the message originated at a mountain called Sinai.

On May 29th this year, Jews who remember their heritage will observe the most existential holiday on the Hebrew calendar.  The freedom celebrated on Passover is only a gift if applied toward the development of moral discipline and the pursuit of truth, kindness, and justice.  The atonement of Yom Kippur is only meaningful as an expression of recommitment to the ideals of spiritual aspiration.  The kindling of the Chanukah candles serves to inspire only with the understanding that the light of divine wisdom alone can dispel the darkness of ignorance, prejudice, and ideological tribalism.

The Ten Commandments were not bequeathed merely to the Jews.  They are the legacy inherited by the billions of monotheistic people of the world, by every citizen who has benefited from the development of Western Civilization, and by all who have discovered within themselves a love for virtue and a commitment to collective responsibility.

In a world increasingly divided by shrill voices of demigods and demagoguery, by partisanship and acrimony, by extremism and intolerance, it is worth remembering the common values that were handed down to mankind in an empty desert 3,330 years ago this month.  It’s worth recovering the humility that allows us to respect those different from ourselves, to contemplate unfamiliar viewpoints, and to acknowledge that truth is not a product of our own intellect or instinct, but a reality that we need to continuously seek if we want to live in harmony and preserve the light of human nobility. 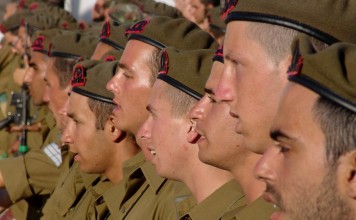 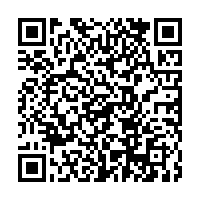