To My Fellow Rabbis:

I write to you at this time of dire trouble for our country and for Israel.


Last week America was under attack. Our ambassador to Libya and three other Americans were slaughtered by Muslim extremists. This was not a spontaneous “protest” against an admittedly stupid video. This was an organized military assault, coordinated expressly for execution on September 11.

Likewise, the “protests” in Cairo at the American embassy where our flag was shredded, and the black Islamist flag of al-Qaeda was raised in its place. Reliable sources say the US was forewarned of both attacks — probably by Israel. But America’s State Department ignored those warnings. Why?

The Obama administration’s reactions to these outrages was sadly typical. The very next day, President Obama incongruously flew off to Las Vegas to raise funds. Lamentably, our government still apologizes for that inane video, made by an Egyptian Coptic.

Where is the leadership here? What has such ongoing appeasement gotten us? President Obama once promised a “reset” of America’s relationship with the Muslim world. But the reality has been far different. The Islamic world holds us in greater contempt than ever, seeing Obama’s America as weak, and as incapable, or unwilling, to defend our interests and our friends.

On that note, Obama’s policy toward Israel has been a disgrace from the start. It’s as if his goal is to disenfranchise himself – and America – from the Jewish state — to make clear to the world that Israel’s leaders, should they dare to defend the Jewish State’s very existence, will go it alone. Such signals serve only to embolden Israel’s enemies — who are also America’s enemies — our enemies!

The same signal comes from Obama’s latest snub of Bibi Netanyahu — who was told that Obama did not have time to meet with him when the Israeli Prime Minister arrived in America last week. Meanwhile, he found time to regale on CBS Television’s Late Show with David Letterman and also had time to chit chat with Barbara Walters and Whoopie Goldberg on the TV show, The View. To his discredit, Obama also extended an open invitation to Egypt’s President Morsi.

Such actions say a lot to the world. Can we stand silent any longer?

To the 613 “Rabbis for Obama”: In light of the President’s actions toward Israel and her Prime Minister, I ask you to reconsider your public support for President Obama in next month’s election. Certainly, Israel deserves America’s full support and respect, not the treatment she has received under the current President.

I say this with all my heart: I cannot keep silent any longer. The voices of my father and my mother, survivors of Auschwitz and Buchenwald, compel me to speak out — with zeal.

I urge you to consider the following:

* Silence did not work in the 1930s, when the looming evils of Nazism could have been stopped in their tracks. Nor will it work today, when Islamists – who deny the Holocaust – threaten the destruction of Israel and the murder of all the Jews and Christians therein.

* Why does the United States say nothing about the daily denigration of Jews and Christians by imams, worldwide?

* Why do we tolerate an American media that continues to play dumb when our real interests, and our very lives, are at stake?

* Why does America continue to send money (and excuse outstanding loans) to Morsi’s Egypt?

* Why doesn’t America compel Morsi to uphold the peace treaty with Israel? To rein in Hamas? To act like a responsible, civil government?

* Why don’t we rabbis come together and insist that the Obama Administration express — in words and in deeds — its unequivocal support for Israel during this most challenging of times?

* And, of utmost importance, why doesn’t President Obama put into practice his until-now hollow words – “I have Israel’s back” – by immediately destroying Iran’s nuclear infrastructure?

I started “Rabbis for Romney” as a counterweight to “Rabbis for Obama.” My message at first was not political, but the situation has evolved — or devolved — into one in which the danger to Israel is more paramount than ever. Don’t kid yourselves. We are nearing the 11th hour.

Please join us in our quest to see that America and Israel stay safe from the growing danger that is all around us.

We can no longer afford to stay silent. Let us make sure that, “Never again” means “Never again.”

Note: This past Friday, the Obama Administration notified Congress that it would provide Egypt’s new government an emergency cash infusion of $450 million. Fortunately, Kay Granger (R-TX), the chairwoman of the House appropriations subcommittee which oversees the disbursement of foreign aid, stood up to President Obama and blocked the distribution to Egypt (MSNBC). 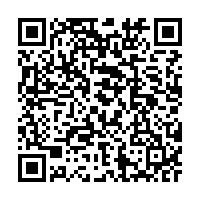