As we celebrate Shavuot and consider how the Torah travels across the globe and through time, it just the right moment to meet a guide to six generations of this transmission, Rebbetzin Miriam Goldschmidt of Jerusalem.

Rebbetzin Goldschmidt memories go back to her grandfather Rav Nosson Zvi Finkel (1849-1927), the Alter, the venerable one, a powerful personality who led the yeshiva in Slabodka, Lithuania. Her vision goes forward to her great-grandson, whose parents flew from Canada to study Torah in Israel.


In the century and a half since the birth of the rebbetzin famous ancestor, transportation has changed from horse and wagon to jet plane, but Torah life is constant.

During interviews in April and November 2005, Rebbetzin Goldschmidt brought to life a more complex world than the olden days of popular imagination. Her parents, Rav Shlomo Yehuda Leib and Sara Liba Plachinsky, moved for the sake of their children education from Vishkis, where he was the third generation in his family to serve as rabbi, to Dvinsk in Latvia, where they were happy to find a Torah elementary school that was co-ed through fourth grade.

Although two extraordinary scholars, the Rogatchover (Rav Yosef Rosen, author of the Tzofnat Panei ch) and Rav Meir Simcha HaKohen (known for his Or Samei ch and Meshech Hochmah) lived in Dvinsk, the city religious community was small. Since it could not sustain a high school, Miriam went in 1929 to live with her maternal aunt and uncle Rebbetzin Gutel and Rav Isaac Sher in Lithuania.

While Bais Yaakov schools are justly famous, it is important to note that there were schools for girls in Kovna, Telz and Ponevez in Lithuania, and in Riga, Latvia. Rav Samson Raphael Hirsch had already founded a high school for girls in the middle of the nineteenth century. Rebbetzin Goldschmidt has a photograph from the early 1930’s of students and teachers from the Kovna and Telz schools on the dock near a boat they rented for a joint trip. A live wire from her youth on, Miriam is in the center of the front row.

In Kovna school began at 8 a.m. with Shacharit led by a student chazzanit. Since they said brachot at home, the students davened an abbreviated tefillah: Baruch Sh mar through Sh oneh Esrei, then Ashrei, Aleinu and Shir Shel Yom. Classes went until 2 p.m. with a break at noon for the girls to eat lunch at home.

There were preparatory classes, then a complete high school and classes beyond. A student who passed the matriculation exams could go on to the university. Although Kovna had more than one gymnasium for secular studies, the religious school was so esteemed that non-observant families also sent their daughters to it.

When an important visitor came to Kovna or to Telz, he spoke at the girls school as well as at the boys yeshiva. Rebbetzin Goldschmidt remembered especially talks by Rav Joseph Carlebach (1882-1942) of Hamburg, the great Torah scholar and rabbinic leader. (Rav Carlebach founded the first Hebrew high school in German-occupied Kovna during World War I, but Miriam was only an infant then. The family continues to enrich Jewish life: his son, Rav Shlomo Carlebach, is a masterful Torah mentor whose daughter Elisheva is a noted professor of Jewish history).

Rav David Carlebach, who later made aliyah, was Miriam first principal in the gymnasium, followed by Mr. Teitz, a religious man who was not a rav. Dr. Valdberg, a medical doctor, taught hygiene and psychology, but also knew history and taught that as well. He had a sense of humor and was an exemplary model of Torah and secular wisdom. Arav, Shmuel Katz, taught German. 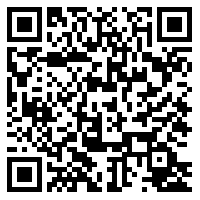