As part of the high school entrance interview, I often challenge incoming students with questions that contrast the p’shat of a Chumash story with its midrashic counterpart. The reaction is always the same – the student looks at me with an expression akin to that of a deer caught in the headlights of an oncoming truck.

The other day, the student was an eager young lady named Leah. I asked her the following question: If you were able to go back in time to the moment when Paroh’s daughter saw baby Moshe in his basket, what would you see? Would you see Paroh’s daughter requesting her maidservant to fetch the basket as the pasuk tells us, or would you see her arm grow 25 feet long like Mister Fantastic and rope in the basket as the Midrash says?

Leah was educated in a yeshiva day school. The vast majority of children from the current yeshiva system believe all midrashim are part of the literal account of the events that occurred in the Tanach.

Fast forward to an anthropology class at Queens College. The professor is discussing ancient Egypt. He mentions a legend among the Jews about the daughter of Pharaoh stretching her arm out to retrieve baby Moses. Leah raises her hand. She says that it was a miracle and that the daughter of Paroh had her arm stretched out to save Moshe.

Suddenly, all 53 members of her class turn to her and stare. Her face turns crimson. The professor asks her, “Do you believe that actually happened?” Leah feels the temperature rising. She knows that her beliefs are under attack, and that she has been publicly put on the spot. She desperately wants to explain the Torah position in a cogent way and yet she finds that despite 15 years of yeshiva education, she is unable to do so.

What is the Torah position on midrashim?

The Rambam, in his commentary to Perek Chelek (10th chapter of Sanhedrin) says unequivocally that midrashim are not to be taken literally, but are a source of deep wisdom.

The great mikubal the Ramchal, in his Introduction to Aggadah (found in most editions of the Ein Yaakov) states that midrashim are a source of deep and abstract ideas and not to be taken literally.

The Ra’avad, in his commentary on the Mishne Torah (Hil. Teshuva ch. 3), states that taking the midrashim literally distorts ones principles of belief “mishabshos es ha’deos”).

Sadly, this is case with our children. They have been taught midrashim as fairy tales. The effects are disastrous.

I explained to Leah that the Torah’s account is what truly occurred in space and time. The Midrash is there to point to the story behind the story. In my opinion, the story of the seemingly miraculous extension of Paroh’s daughter’s arm is directing us to consider the great difficulty she must have faced saving the life of a Jewish baby.

Imagine a modern-day Paroh – a Hitler or a Stalin, or even a Saddam Hussein. How likely would it be for the daughter of such a singularly evil dictator to defy her father’s murderous intentions? The actions of Paroh’s daughter required her to go against her upbringing and the dictates of her father. This would of necessity create tremendous conflict for any young woman, but particularly for one in her position of prominence in Egyptian society. 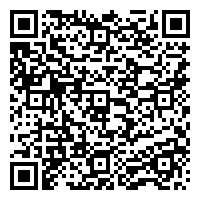