Presidents Day Weekend (Feb 14-16) will long be remembered by all who attended the Focus On the Family Shabbaton sponsored by Frum Divorce. There were many facets of the weekend that made it so special, but what really stood out was how special the participants were made to feel.

Frum Divorce, founded to help guide people through the devastation that follows many a divorce, focuses on education and community support services, helping parents to continue raising their children after a divorce in the most positive and safe environment possible. It attempts to strengthen parents in their time of need and offers a safe place to meet and socialize with others who have gone through similar life-altering situations.

I’ve been involved with Frum Divorce from the outset because I see it as corresponding to a lot of the work I do at The Jewish Press helping agunot and others going through divorce.

Until now the organization has focused on monthly events; this was the first time a weekend was planned. And a lot went into the planning. The goal was for men and women who carry heavy burdens to have a wonderful weekend, to listen to insightful lecturers, and to enjoy quality entertainment after Shabbat – and all this with their children present if that was their preference.

In order to attend, applicants had to have completed the Get process.

Every speaker gave down to earth advice and was upbeat and encouraging. I also spoke, relating personal experiences and offering ideas on coping that have helped me overcome difficulties.

I marvel at Rebbetzin Jungreis, who keeps going despite having suffered a broken hip and endured the grueling rehabilitation that accompanied it. Her stories and her deep faith never fail to bring an audience to tears. But her words of encouragement are enough to put hope into the most pessimistic of hearts.

Dr. Faye Zakheim spoke about the recent loss of her beloved husband and how she deals with the changes in her life. Dr. Edward Farber, author of the book Raising the Kid You Love with the Ex You Hate, spoke about the impact of divorce on children.

Anything I write about Rabbis YY Rubinstein and Paysach Krohn would not do justice to their magnetism and the effect they have on listeners.

The 150 attendees filled the room for each of the speakers and would have gladly continued listening long after each presentation was over.

But the weekend wasn’t only about speeches and lectures. The food (from L’Chaim Catering of Monsey) was exceptional and plentiful and the davening was beautiful, with several attending chazzanim davening for the amud. The Havdalah service with musical accompaniment was unusually uplifting.

The fitness room and pool were available after Shabbos, but a full program was still ahead, including a movie, a mentalist and a melaveh malkah.

After the melaveh malkah there was a kumzits with Gadi Bodinger, Moshe Warsawsky and Cantor Benny Rogosnitzky. Listening to beautiful voices singing Jewish songs and joining along with them is one of my favorite activities and I had to tear myself away at 1 a.m.

The children in attendance were treated to special programs and activities but still enjoyed plenty of interaction with their parents. The atmosphere was relaxed, and it’s always uplifting to see moms and dads so involved with their children, particularly at an event like this one.

One of the Shabbaton’s participants was Mrs. Baila Sebrow, a well-known shadchan. She not only met privately with anyone who so desired, she also ran a speed-dating event Friday night after the Oneg Shabbat and made herself available throughout the weekend, helping those who felt somewhat shy about meeting other guests. 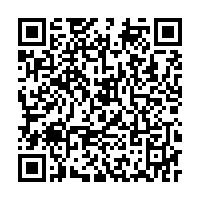