The Jewish Press has carried numerous well written articles advocating Israeli issues, but one has to wonder, where is the one and only indispensable advocate, the Nation of Israel, speaking on its own behalf and presenting historical facts in one voice to the world at large?

The answer is clear. Israeli leadership is now akin to a ship adrift on the high seas without a rudder or captain but a motley of crew members forever at each others throats.

First we had the Oslo Accords whereby the prime architect of this abomination was none other than Shimon Peres who, to this day, is allowed to continue his political meddling from the sidelines. These Accords gave recognition to a people who never existed in all of history, the so called “Palestinians”.
In this regard, Israel has been hopelessly out manoeuvred, never once in my memory ever having attempted to set the record straight by debunking the fictitious Palestinian narrative.

Additionally, never were these “negotiating partners for peace” ever held accountable for any committed breaches.
These Accords provided for the supply of sidearms to the Police but when assault rifles were introduced, Israel looked the other way.
These Accords required that there be a cessation in the indoctrination of the population in hate, but when this didn’t happen, Israel as usual looked the other way.
When Yasser Arafat was caught out preaching Jihad in Arabic to his assembled throng, it was Shimon Peres who rushed to his defence saying he was really referring to a “Jihad for Peace”. Even this comment by Arafat was not sufficient to curtail “negotiations”.

Israeli hasbara too can be described at best as pathetic, at worst non existent.
When media accounts kept repeating the propaganda mantra of “Arab East Jerusalem” or “Israeli occupied West Bank” where was the outrage from Israeli leadership? Where are the Israeli spokesmen to counter this lie?

Recent media reports indicate that Sweden drew anger from Israel for saying it would recognise “Palestine”. I’m sure that Swedish parliamentarians are trembling in their boots. Yet when it had a chance to be proactive in response to the same legislation being proposed by British legislators, Israel advised UK advocates not to attempt to dissuade British MPs from voting for this legislation! Don’t bother to explain any facts to the vast majority of intellectual pygmies before the vote but wait until after the vote and show some “anger”. What a brilliant foreign policy strategy.

Instead of Israel prosecuting the recent war against Hamas with determination and a degree of ferocity with the sole object being the destruction and unconditional surrender of the enemy, it again allowed this war to end prematurely and inconclusively, for reasons mainly of its own doing.

In the history of warfare, no nation on the face of the earth has a “Purity of Arms” doctrine such as Israel. An insane doctrine which gives advance warnings to the enemy, calls off strikes literally at the last second thereby allowing military targets and targeted terrorists to flee along with supposed “innocent” civilians.
Let’s be clear. Genuine civilians know exactly where they are safest and that is at a Hamas launching or weapons storage site, knowing full well if that nation of Jews spots one of them, the strike will be abandoned. This war doctrine only ensures that Israel will forever be at a tactical disadvantage of its own making by fighting wars tying one of its own hands behind its back. A doctrine that needlessly prolonged the recent war and by doing so invited the inevitable worldwide propaganda campaign to build up to demand that Israel and not the terrorists cease hostilities. Additionally, this war doctrine protected people who sympathize with Hamas’ aims, put Israeli soldiers lives at risk and ensured that in all future confrontations, Hamas will always use human shields as a propaganda ploy.

There is only one answer and that is for Israel to announce to the world that in any future confrontation, “civilians” and their families must abandon all Hamas operational sites for their own safety as no targets will be aborted and that any human shields encountered will henceforth be treated as enemy combatants.

Another hasbara calamity is for the Israeli Prime minister to repeat that pathetic mantra: “Israel has the right to defend itself”, to which I say of course it has. But the repeat of this mantra ad nauseam conveys the impression that Israel is begging for world approval to do just that.
It is time for Israel to wake up.
It is time this language ceases not only from Israeli officials but by Diaspora leaders as well, as it clearly does not command respect but in fact contempt.

It is time for an Israeli leadership to emerge that tells the world at large that there will never be negotiations based on the 1967 ceasefire lines as Barack Hussein Obama wants and that never again will there be a mass release of terrorist murderers with blood on their hands.

It is time for Israel to declare the two state solution a disastrous theory that is dead and buried and to start acting like a sovereign nation in control of its own destiny.

To this end, Israel has only one option and that is to walk away from this so called “peace process”, to take unilateral action on borders including the reclaiming of the Temple Mount, expel all foreign and hostile NGOs and to incarcerate not only editors of treasonous organisation such as Ha’Aretz, but so called “Israeli Arabs” such as the likes of Ahmed Tibi, Hanin Zoabi & Co, who spew treason and venom from within and without the walls of the Knesset, day in day out.

Israel needs a strong leader who can unite the country in these perilous times but unfortunately there appears to be no one in sight.
One thing is certain however. Continuing with the political status quo, with a judicial system and military hierarchy overtaken by a left wing ideology, with an electoral system in shambles that requires one useless coalition after the other will prove in the long run to be a disaster.
Worst of all, a nation subject to constant existential threats that remains silent while lies and propaganda abound, a nation that cannot articulate its case clearly and concisely on the world arena, a nation that does not fight to win and utterly destroy the enemy but fights until there is an imposed ceasefire, such a nation could sooner or later face disaster.

All the much vaunted superior technology and equipment will be meaningless unless in Israel there is the will to use the hardware and pre-empt all hostile activities by the enemy.

I differ with the popular belief that there is no military solution to this conflict, a belief that ensures that Israel will never know a day of peace in its existence.
Were the IAF to be unleashed and set free to do its job, the entire terrorist infrastructure would be reduced to a pile of rubble within two days.

It is time for Israel to act like a normal country, to take the gloves off and take control of the situation. 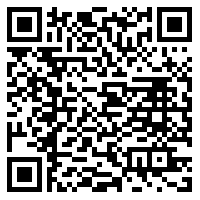