U.S. President Barack Obama declared Wednesday that the United States is “not at war with Islam” but rather, is at war “with people who have perverted Islam.”

Speaking at the White House summit on “countering violent extremism” the president added that world leaders “must confront the twisted ideology that terrorists use to recruit” young Muslims to their cause.


Coming closer than he ever has before to acknowledging that terrorists from the Islamic State in Iraq and Syria (ISIS) are, in fact, citing Islam as their motivation, Obama said, “They do draw selectively from the Islamic texts.”

“ISIL (another acronym for Daesh), Al Qaeda and groups like that are desperate for legitimacy. We should not grant them the religious legitimacy they seek,” Obama insisted. “They are not religious leaders; they’re terrorists!”

Social media has become the primary means for terrorist groups to reach and recruit new members, Obama said. The problem is, the older generation is often not aware of what the younger generation is doing at home online.

“Old people, you are not connected and as a result, you are not connecting,” he said bluntly. “Today’s young people online in cyber space” are being snapped up by recruiters for Daesh and Al Qaeda via the Internet, impressed by the glitz of souped-up videos and online jihadist magazines. 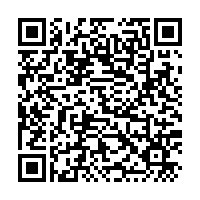