Unfortunately, if we set aside a day for every tragedy in Jewish history, the calendar would be full. But the scope, circumstances, and impact of the Holocaust are so immense that a special day of remembrance was deemed appropriate.

I never discussed the day itself with my parents – both survivors, both in Heaven now – but I suspect they would have agreed. My mother, z”l, warned against getting comfortable with the memory.


As a child of survivors and a student of history, I have sought to understand as much as I can about what occurred during those tragic years.

It’s not a morbid fascination; it’s a thirst for knowledge that might somehow be useful in dealing with today’s threats against the Jewish people and help prevent future tragedies.

No one can deny that many people – not just an isolated madman – have expressed their eagerness to finish what Hitler started. Did my mother have those fears as a child in pre-war Czechoslovakia? I doubt it. Her memories of life before Germany invaded were happy ones; the Jews got along fine with their Czech neighbors, she recalled.

Then the Nazis came and the town’s Jews were rounded up. My mother’s most vivid memory of that day was how their non-Jewish neighbors came out to watch. And no one said a word.

“Do you know about anti-Semitism?” I asked my 14-year-old granddaughter. She was sitting with me as I prepared to speak on the subject over the holidays. “Yes,” she said. “We saw a video about it.”

The video presented other young teens being asked about their perceptions of Jews. “They’re all rich,” said one. “They have all the power,” said another.

Nearly a century later and nothing has changed. Except for one thing: Now there is a state of Israel. So the chants of “Jews, go back to Palestine” have ended while the existence of a Jewish state has joined the list of “reasons” to call for Jewish extermination.

I repeat: it’s not morbid fascination. It’s a matter of paying attention.

A single day does not pass without an incident or a threat. If you follow international headlines, this is not news to you. There are a half million Jews in France who no longer feel safe looking like Jews. In France. While in the Middle East there are Muslim leaders who have openly stated their desire to see all Jews return to Israel as soon as possible so that they can kill them all at once.

You would think that Muslim leaders in the Middle East would be most concerned with their people’s quality of life, but killing Jews is a higher priority.

Despite all my years of reading, I never understood how the Germans could concentrate their efforts on anything but saving their own soldiers once the Allied invasion proved that their march to world domination had come to an end.

But killing Jews was such a high priority to the Nazis that they studied its efficacy like a science.

In The Holocaust, a new 500-page book by Laurence Rees, we learn how the Nazis were able to reduce the cost of murdering Jews to about two German pfennings a person. Less than one U.S. cent.

Another new historical study, Why? Explaing the Holocaust by Peter Hayes, demonstrates how the Nazi regime used just two trains per day from 1942-44 to move three million people to the death camps. In 1944, as the Allies closed in, three trains per day deported 440,000 Hungarian Jews in eight weeks. Priorities.

Her three-year-old nephew stood with the family and asked his mother, “M’geit ins hargenen?” – Are they going to kill us? One sister whispered to my mother, “M’ken nisht lozen Mommy alein” – We can’t let Mommy go alone. So she went to the gas chamber with her mother.

Why recall all this? Because we must. Because remembering our loved ones, these six million innocent souls, brings a sense of them back to life. That’s the least we can do.

But more, we remember for us. We remember because we live in a volatile world and it’s critical to be honest about anti-Semitism, to call it out and to stand up to it. Even when things simmer down and look fine, it can grow dark very quickly. 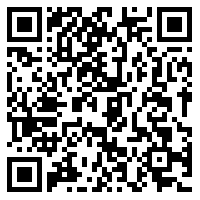