A number of years ago, a student in Yeshivas Sha’ar Yoshuv in Far Rockaway acted in a manner that disgraced himself and the entire yeshiva. It was inevitable that he was going to be asked to leave.

He was sitting in the Bais Medrash when he was summoned to the office of the Rosh Yeshiva, Rabbi Shlomo Freifeld zt”l. Other students watched as he walked to the office with his head held high.


He emerged from the office a few minutes later, white-faced and visibly shaken.

He later related to a close friend that he had entered the office poised for a confrontation. But when he walked in Rabbi Freifeld stood up and walked around the table to where he was sitting and said in a broken voice, “I am sorry that I couldn’t inspire you to be bigger!”

The student admitted, “I had no defense against his awesome humility. He simply broke me.” (Excerpted from Reb Shlomo: The Life and Legacy of Rabbi Shlomo Freifeld)

The purification process for a metzora was very methodical. The Torah describes in precise detail special materials that needed to be gathered, the manner in which his offerings were brought, the manner in which the blood of the offering was placed on the right earlobe, the thumb on his right hand, and the big toe on his right foot, and the process of sprinkling the oil.

The word l’horos not only means to rule (i.e. to render halachic decisions) but also to instruct. In the words of the Toras Kohanim, “this verse teaches that a Kohen may not examine tzaraas afflictions until his teacher has instructed him how to do so.”

The Oznayim LaTorah explains that while there are many things that can be learned from a book, certain things can only be properly learned from observing a live example. The art of examining tzaraas falls into the latter category. This is because the Kohen’s role was not only to render a forthright halachic decision, but also to admonish the metzora. He was to say to him, “My son, the affliction of tzaraas results from the sin of harmful speech.” One can only rebuke another if he knows how to do so in a gentle manner that can potentially influence the recipient. If one admonishes another without knowing how to touch his soul one has only served to exacerbate the problem.

This idea is demonstrated by the story of Iyov. After Iyov suffered the loss of his wealth and children, his three close friends sought to console him by preaching to him about morality. They were reprimanded, “Because you did not speak correctly to Me like My servant Iyov” (42:7). Rashi explains that G-d told them, “Were Iyov’s sorrows and sufferings not enough that you had to add to them… and criticize him?”

Every Kohen had to learn from his teacher how to convey to the metzora, not only the actual ruling, but also the message that he needed to glean from the spiritual malady he was afflicted with. The Kohanim had a long-standing tradition of how to speak to others with sensitivity and love from their ancestor and forerunner Aharon. The Mishna (Avos 1:12) relates that Aharon was the quintessential man of peace: “he loved peace and pursed peace; he loved people and brought them closer to Torah.” There was no one who knew the language of the heart better than Aharon, and, therefore, there was no one who could effectively reprimand others like Aharon. He taught those lessons to his children and their children taught them to their children.

The Oznayim LaTorah adds that the Kohen not only had to be proficient in knowing how to admonish the metozra at the time of the pronouncement of his affliction. He also had to know how to speak to the metzora when he was pronounced purified. When the Kohen reexamined the metzora and found that his symptoms no longer rendered him impure, he had to offer him words of encouragement balanced with words of gentle warning that he not repeat his imprudent actions/words which caused him to become afflicted.

It was not enough for the Kohen to offer his ruling; he also had to instruct and guide. It took just as much (if not more) time, patience, and diligence to learn the language of the heart than to learn the complex and detailed laws of all the shades and complexions of tzaraas.

At the Seder, there is great emphasis and focus on the Four Sons. The commentators note that the varied response we give to each child is itself an integral educational lesson. Each child must be addressed individually, in a manner which speaks to him.

This is based on the well-known verse, “Educate a youth according to his way; even when he becomes old he will not move away from it” (Mishlei 22:6). Rav Samson Rafael Hirsch explains that our approach to educating a child must be with an eye to the future. We must try to tailor our educational approach to what we anticipate the child can become. An educator must seek to understand the individuality of a child so that he can educate him according to his own unique capabilities and capacities.

A careful analysis of the text of the haggadah reveals a poignant message. The vernacular of the haggadah reads, “Corresponding to four sons does the Torah speak: One is wise, one is wicked, one is simple, and one does not know how to ask.”

The haggadah does not say that there are four sons, but rather that the Torah speaks about four sons. In truth, no child fits into perfect neat categories. There is a little bit of each of the Four Sons in every child (and adult). Not only must the educator know how to address each child individually, but he must also know how to address the different components of the child’s personality. 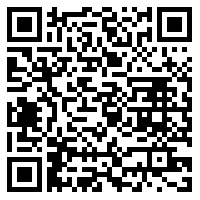